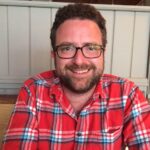 Gulker’s research and writing bring a fresh perspective to social policy issues and debates. Gulker's recent research topics include welfare and work requirements, the impact of recent government policy on urban poverty, childcare, and cash assistance. Rather than traditional top-down approaches, Gulker looks for social policy alternatives where the private, public and non-profit sectors empower, rather than dictate to, people, families, and communities in need.

Prior to joining Reason Foundation, Gulker spent five years with the American Institute for Economic Research, where he wrote on social policy, including employment, education and healthcare, and emerging technology, including cryptocurrency, tech antitrust, and the sharing economy. Gulker has appeared on television news outlets including the Fox Business Channel, print media including the Wall Street Journal, and podcasts including Kibbe On Liberty. He has presented research, given speeches, and participated in panels at conferences on economics, technology and politics.

Gulker received his BA in Economics from the University of Michigan in 2000 and his Ph.D. in economics from Stanford University in 2008. Prior to entering the policy research field, he spent several years in the private sector, consulting on litigation including antitrust, intellectual property, bankruptcy and shareholder class actions.