Each pension plan uses an assumed rate of return to estimate how much current assets—made up of contributions from both employers and employees plus any investment gains/losses—will be worth when promised pension benefits are finally due. This assumption plays a major role in a pension plan’s ability to maintain long-term solvency and to live up to the promises made to public employees.

Any time annual investment returns fall below the assumed rate of return (ARR), a plan must find ways to make up the shortfall between expected and actual assets. Sustained experience below a plan’s ARR results in growing pension debt, which has been a significant contributor to the funding shortfalls in public pension plans across the nation.

In response to decades of investment performance below expectations, most public pension plans have been gradually adjusting their assumed rates of return down to more realistic levels.

This map (click to zoom) shows the changes in assumed rates of return held by state pension systems from 2001 to 2018, along with the national average rate for comparative purposes. And this visualization highlights the different ways states have responded to the ubiquitous challenge of lower long-term returns. [Note: for cases of states with multiple public pension plans, the analysis uses each plan’s accrued liability to weight the state’s combined assumed rate of return.] 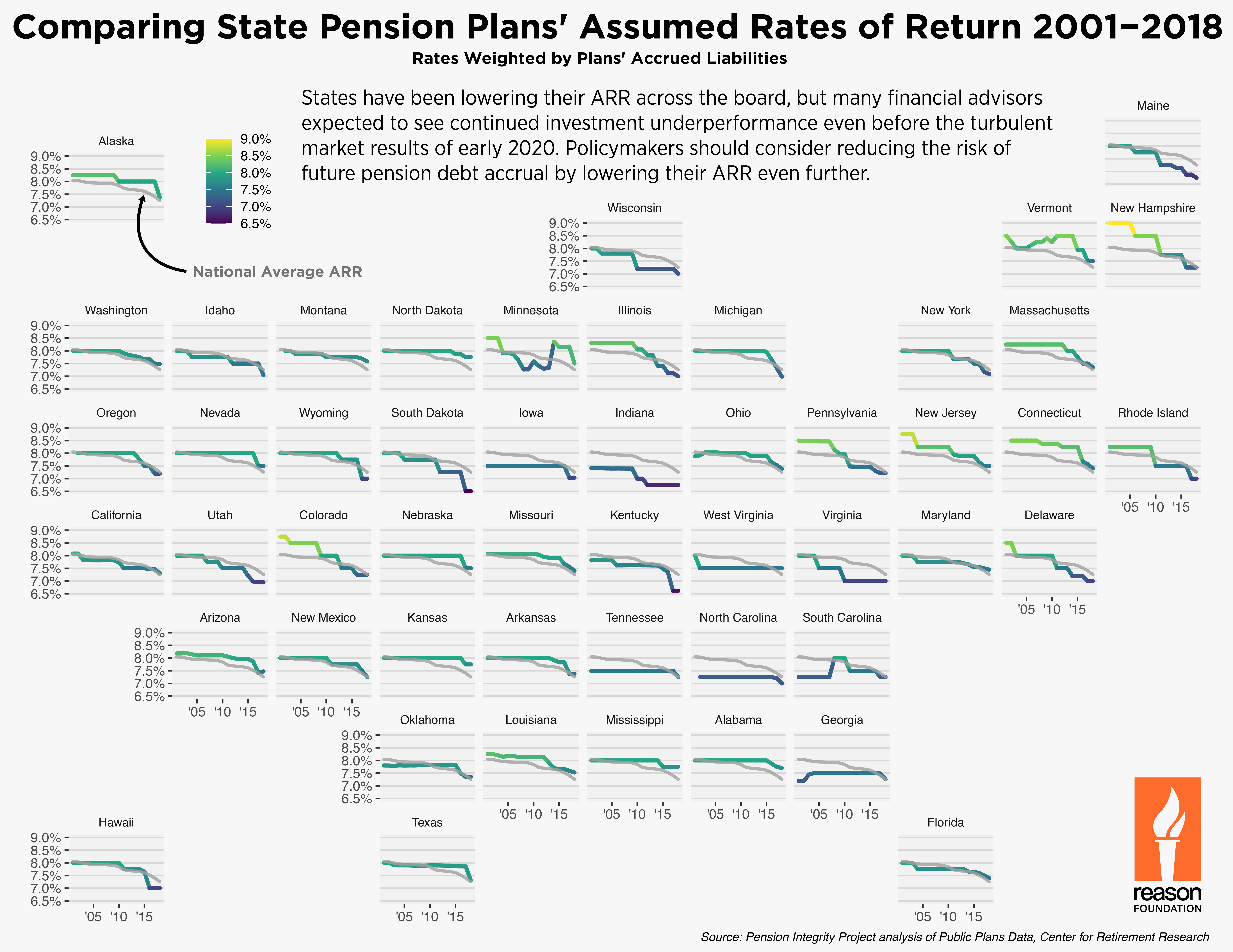 As an example, North Carolina lowered its ARR well before most other states. As a result, they experienced fewer unexpected costs over the studied timeframe, which helped them become one of the nation’s healthiest states in pension funding — with a 90 percent funded ratio at this time.

Colorado, on the other hand, was slow to adjust its ARR. Market returns below the state’s expectations were the largest contributor to Colorado’s pension debt over the past two decades, adding $8.4 billion in unexpected costs. Now, the state only has 60 percent of the funding needed to cover the retirement promises already made to its public servants.

States have been lowering their assumed rates of return across the board, but most maintain assumptions that are still too high. Many financial advisors believe that investors can expect to see continued overall investment performance that is below the levels experienced in the past. With this in mind—and the unignorably turbulent market results as of late—state policymakers should consider reducing the risk of future pension debt accrual by lowering their ARR even further.

The sooner government pension plans adopt more conservative return assumptions, the better off they will be down the road. More importantly, acting early can help ensure that promised pension benefits will be available for their public workers. 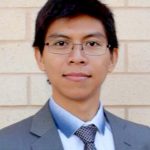