I previously wrote about the inequities that exist between two schools in Houston’s Spring Branch Independent School District (SBISD). Even though Northbrook HS and Memorial HS are a mere three miles apart, they could not be more different in terms of demographics and outcomes.

As is the case with most urban districts, SBISD’s budgeting practices exacerbate these inequities. In short, they fail to provide schools in poor communities with equitable resources. To make matters worse, poor schools actually subsidize their wealthier counterparts.

For all that’s written about funding equity among districts, it means little if equity isn’t pushed down to the student level. School districts need to do their part.

The first graph shows each school’s average teacher experience compared to its population of economically disadvantaged students. On average, SBISD’s most experienced teachers are at schools with the least challenging populations. While teaching experience beyond three or four years is not a reliable indicator of effectiveness, research has shown that poor students are more likely to get less effective teachers, which is likely the case at SBISD. 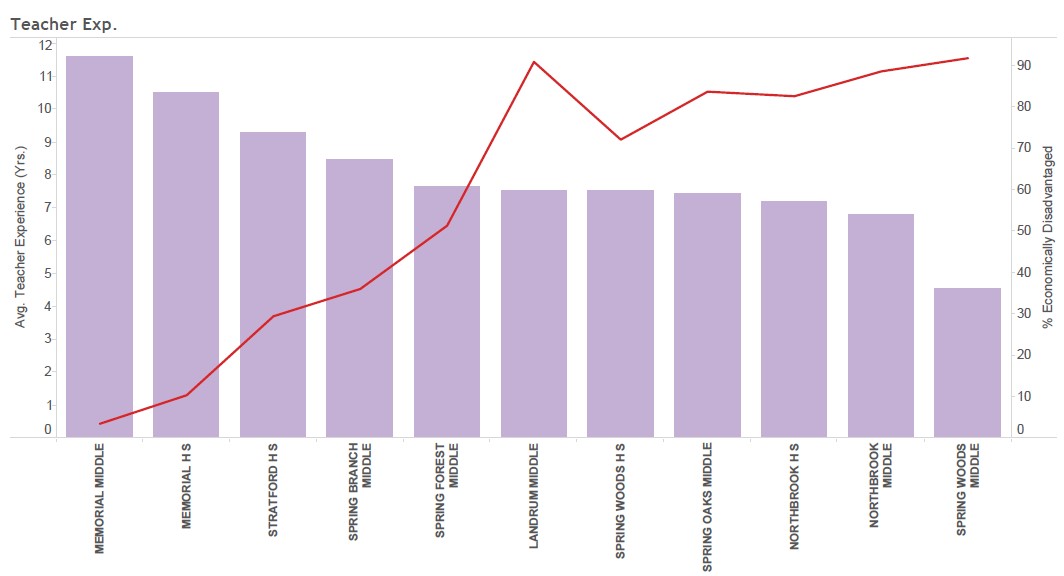 Additionally, because SBISD uses a pay schedule that is based primarily on tenure and education level (a terrible practice as I wrote here), it follows that its poor schools have cheaper teachers. This wouldn’t necessarily be a problem if SBISD’s principals could use these savings in other areas of operations to benefit students. However, because SBISD charges school budgets for average salaries instead of actual salaries, poor schools are forced to subsidize the higher salaries at schools with fewer disadvantaged students. Think of it as a reverse Robin Hood. 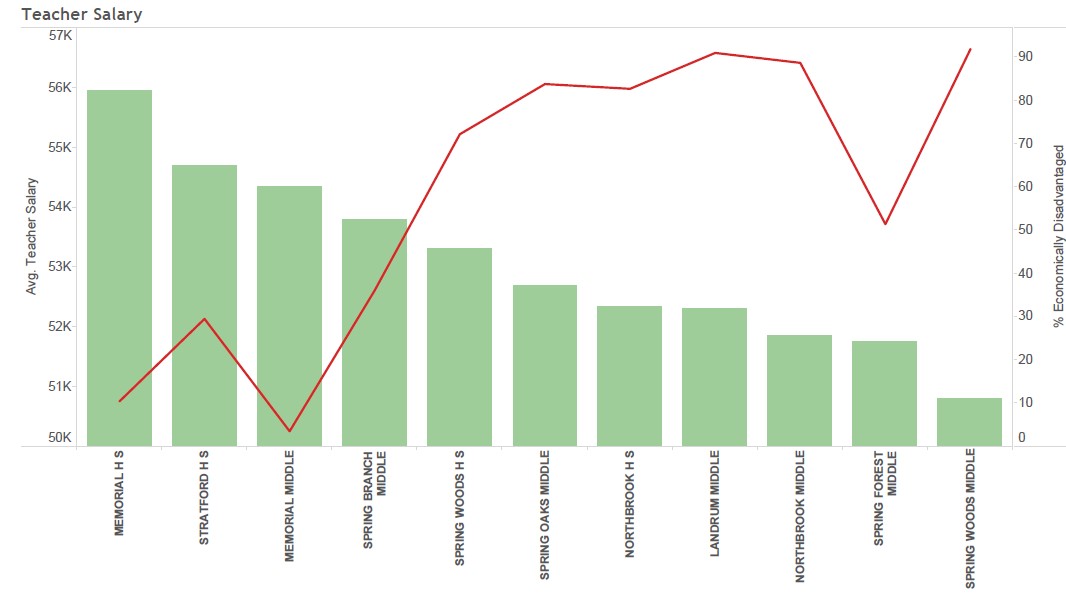 Sadly, SBISD’s outcomes are entirely predictable: schools with more disadvantaged students perform worse on the state’s STAAR exams. Of course, this problem isn’t unique to SBISD. However, as the previous graphs illustrate, SBISD could be allocating resources more equitably to help combat such outcomes. 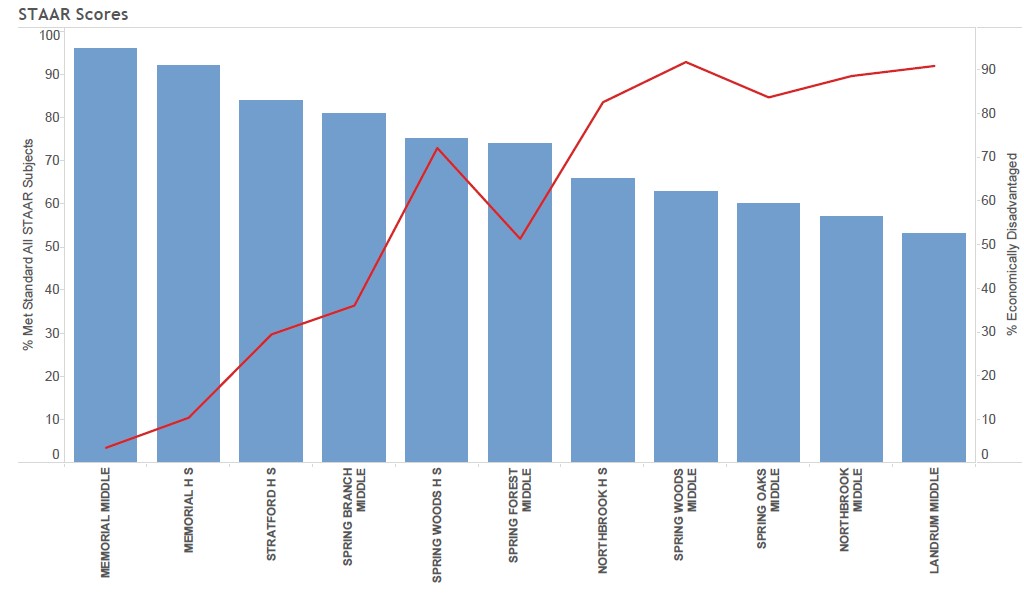 Of course, a silver-bullet to improve school outcomes in disadvantaged communities does not exist. However, districts could certainly do more to ensure that schools are provided with equitable resources. Providing funding based on student need and empowering principals to lead would be a great start for SBISD and other districts.