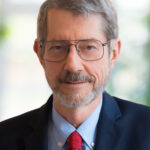 California Gov. Pete Wilson appointed Poole to the California's Commission on Transportation Investment and he also served on the Caltrans Privatization Advisory Steering Committee, where he helped oversee the implementation of AB 680.

Poole is a member of the Government Accountability Office's National Aviation Studies Advisory Panel and he has testified before the House and Senate's aviation subcommittees on numerous occasions. Following the terrorist attacks of Sept. 11, 2001, Poole consulted the White House Domestic Policy Council and the leadership of the House Transportation & Infrastructure Committee.

He has also advised the Federal Aviation Administration, Office of the Secretary of Transportation, White House Office of Policy Development, National Performance Review, National Economic Council, and the National Civil Aviation Review Commission on aviation issues. Poole is a member of the Critical Infrastructure Council of the Los Angeles Economic Development Corporation and of the Air Traffic Control Association.

Poole's studies also launched a national debate on airport privatization in the United States. He advised both the FAA and local officials during the 1989-90 controversy over the proposed privatization of Albany (NY) Airport. His policy research on this issue helped inspire Congress' 1996 enactment of the Airport Privatization Pilot Program and the privatization of Indianapolis' airport management under Mayor Steve Goldsmith.

Robert Poole co-founded the Reason Foundation with Manny Klausner and Tibor Machan in 1978, and served as its president and CEO from then until the end of 2000. He was a member of the Bush-Cheney transition team in 2000. Over the years, he has advised the Reagan, George H.W. Bush, Clinton, and George W. Bush administrations on privatization and transportation policy.

Poole has written hundreds of articles, papers, and policy studies on privatization and transportation issues. His popular writings have appeared in national newspapers, including The New York Times, The Wall Street Journal, USA Today, Forbes, and numerous other publications. He has also been a guest on network television programs such as Good Morning America, NBC's Nightly News, ABC's World News Tonight, and the CBS Evening News. Poole writes a monthly column on transportation issues for Public Works Financing.

Poole earned his B.S. and M.S. in mechanical engineering at Massachusetts Institute of Technology (MIT) and did graduate work in operations research at New York University.