Illinois Embraces Pension Consolidation But Needs to Do Much More
The severe underfunding of Illinois’ state pension systems is well known, but dangerously low funding, market underperformance and shrinking populations across the state are challenging many individually managed local pension systems in Illinois too. As an attempt to address this, Gov. J.B. Pritzker is expected to sign SB 1300, a bill that consolidates asset management for 649 local public safety pension systems into two statewide investment pools. Reason Foundation Policy Analyst Marc Joffe notes that while partial consolidation is a good first step, other aspects of the reform will have an ambiguous, at best, impact on unfunded pension liabilities and further major reforms will be needed to save Illinois pensions.
» FULL ARTICLE

City and State Leaders Should Heed The Economist’s Warnings on Pension Debt
A recent article in The Economist rightly warns that public pensions in the U.S. will eventually pose a “brutal reckoning” for public workers and local governments. Reason’s Anil Niraula expounds on this claim in a recent article, detailing examples from states like Kentucky, Arizona and Georgia. These examples—as well as several others around the country—demonstrate governments need to reexamine their actuarial assumptions and approaches to eliminating pension debt in order to start making the reforms needed for long-term financial sustainability.
» FULL ARTICLE

Rhode Island Supreme Court Upholds Pension Benefit Cuts in Cranston
Facing significant fiscal pressures, the city of Cranston, Rhode Island, temporarily suspended issuing cost-of-living-adjustments (COLAs) to police and fire retirees, a decision that prompted legal challenges in the courts. In a recent ruling, the state’s Supreme Court determined that the reform was within the rights of the city, even though the COLA had been written into collective bargaining agreements. In this commentary, Reason’s Marc Joffe discusses how Rhode Island’s COLA reform could open the door for other cities in that state struggling with pension debt to pursue similar policies that impact retiree benefits, which could potentially have been avoided had policymakers taken action on necessary reforms when pension system conditions started to worsen.
» FULL ARTICLE

The California Public Employees’ Retirement System, CalPERS, is only about 70 percent funded and needs additional help. However, while public officials strive to stabilize public retirement systems, pressure from special interest groups to divest from controversial assets—most recently fossil fuel-related companies—raises questions about the fundamental fiduciary responsibility of pension boards and their investment decision making. Reason’s Alix Ollivier looks at the history of divestment in California and argues that the practice doesn’t achieve the goals supporters propose. Instead, in the interest of maximizing pension asset performance to ensure pension boards meet their primary mission of delivering promised retiree benefits, the managers of CalPERS and other pension systems ought to avoid using their investments to make social or political statements.
» FULL ARTICLE

Paper Examines Teacher Preferences for Higher Salaries Versus Benefits: A significant part of the compensation for public employees comes from retirement benefits, such as pensions, and a common perception is that teachers accept lower average salaries in exchange for secure retirement benefits. Yet, a new paper from Barbara Biasi of Yale University examines teacher preferences between higher salaries and higher benefits in the context of a reform in Wisconsin and finds that teachers are more responsive to changes in salaries than equally sized changes in retirement benefits. The full paper is available here.

NLC Launches New Pension Education Initiative for Officials: In a number of states, like Illinois and Pennsylvania, small municipal pension plans are often those most in financial distress. To aid local officials in understanding their unique pension issues, the National League of Cities developed the Public Sector Retirement Initiative, an online resource center intended to help explain complicated pension concepts to policymakers. Most recently, it published a brief that discusses the differences between defined-benefit pension and defined-contribution retirement plans, weighing the strengths and weaknesses of each retirement benefit structure. The website can be found here and the brief is available here.

Quotable Quotes on Pension Reform“The biggest reasons why we have to look at a ‘phase two’ is that the current system is just not sustainable…[the first phase of reform in] 2017 was to stop the bleeding and now we are actually going to dig out of the hole.”
– South Carolina State Senator Sean Bennett on the possibility of a second round of pension reforms, quoted in Lindsay Street’s “State’s Largest Debt Sparks Battle Over Public Benefit,” Statehouse Report, Dec. 6, 2019.

“The pension crisis is really affecting what we can do in service delivery to our residents and our local municipalities. So it’s important for us, I think, to really be together on these issues.”
– Chicago Mayor Lori Lightfoot advocating for working together with smaller cities to fix pension underfunding, quoted in Tim Shelley’s “Chicago Mayor Urges Cooperation on Pension Issues,” Peoria Public Radio, Dec. 4, 2019.

”If you want to get a return and you haven’t been meeting the actuaries’ guesses in the public markets, you think about the private markets… It’s a challenge, because it used to be that people said to pension funds, ‘we don’t care what you do with the money as long as you make a profit.’”
-Joshua Gotbaum, Brookings Institution guest scholar, on growing calls for politically-driven pension divestment, quoted in Fola Akinnibi’s “Prison food is the latest target in a campaign to divest holdings,” Los Angeles Times, Nov. 30, 2019. 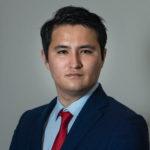