But ignoring the need for public pension reform can be disastrous, resulting in spiraling pension debt, compromised public services, fiscal distress, and threats to pension security at the state and local levels.

So why do public pension problems go unsolved?

Public pension data can be overwhelming if you don’t already understand how your state pension system works.

Reform is further stymied by the lack of reliable numbers. Projections are only as good as the assumptions they’re based on and often those assumption are flawed.

Lawmakers are further frustrated by not knowing what options for public pension reform are available.

Pension boards and actuaries present reform plans that are politically unpopular, financially infeasible, or insufficient to meet the scale of the problem.

Even when legislators have reliable numbers and understand their options for pension reform, their colleagues might not understand that there’s a problem at all.

Unless a critical mass of legislators understand that unfunded pension liabilities are a problem, it won’t be made a priority.

Without a shared understanding of the pension problem, stakeholders are opposed to even talking about pension reform.

They fear that reformers are anti-worker or that they’ll lose the retirement benefits they’ve been promised.

What if you could change this dynamic?

Education & expertise can make
the difference

Reason’s Pension Integrity Project team can help you get a handle on the numbers.

We’ll provide projections based on the cost, return, and risk assumptions you think are the most reasonable.

We’ll review all available pension reform options and work with you to find the approach that’s most viable. We never push a single, cookie-cutter approach.

We offer a menu of ideas and options and then work with policymakers and stakeholders to craft custom solutions that fit their state pension systems and budgets.

Our role is strictly advisory. It’s our job to know if the pension math adds up. It’s your job to add up the votes.

As we review options together, you’ll gain a firmer understanding of the mechanics behind your government employee pension system.

Your office will become a public pension policy think tank within the legislature. We’ll also work with you to educate your fellow policymakers.

No amount of meetings or presentations are too much. We’ll meet with an entire caucus, testify at a committee hearing, or speak with legislators one-on-one.

Whatever it takes to make the public pension reform problem easier to understand so that a vote for reform can be cast with confidence.

Build a Coalition for Reform

Just as with lawmakers, pension reform needs to be understood by stakeholders in order for them to support it.

We’ll meet with stakeholders and demonstrate how reform is about long-term stability and keeping promises—that’s a goal everyone can agree on.

We’ll work to educate stakeholders on the options available, the trade-offs involved with each, and the best way to achieve long-term public pension health.

The result? We’ll help you find a way to pay down state pension liabilities and stabilize your system without hurting taxpayers or sacrificing state services.

A Record of Results 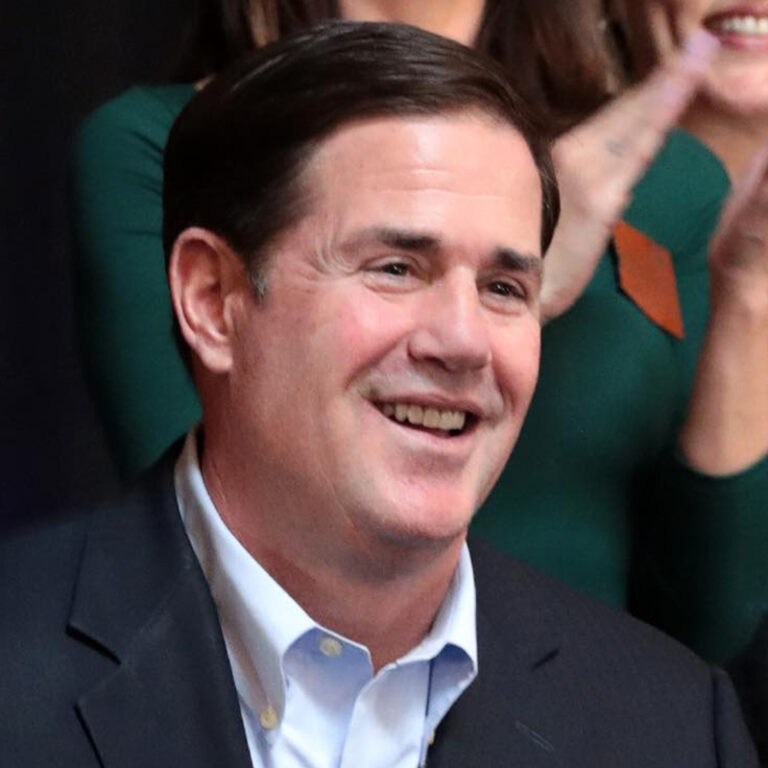 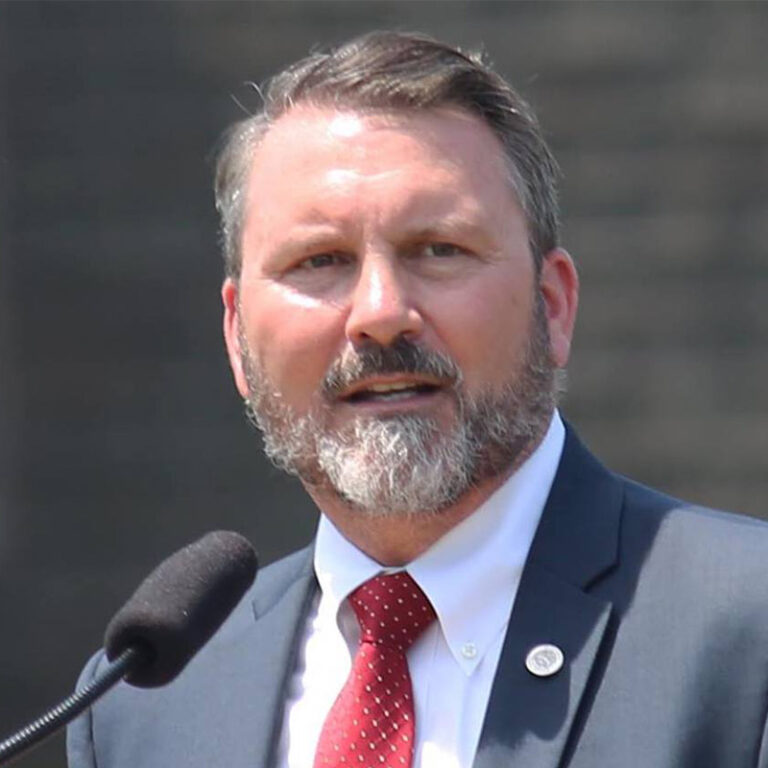 Phil Pavlov
Former Michigan
State Senator
The accurate and comprehensive financial data we got from Reason was the first sign that I could rely on them as a resource.
As we delved deeper into the pension problem in Michigan, we leaned on Reason’s expertise.
Their understanding of how the plan had operated over the last 30 years helped us tailor a solution to make our existing plan stronger while building a parallel track for new employees. 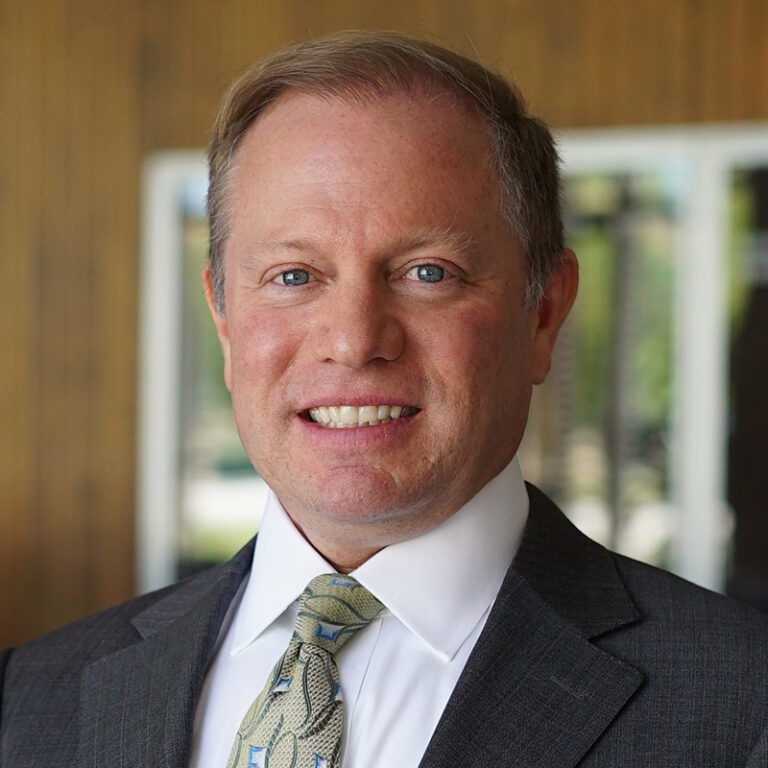 Jeff Kros
Former General Counsel Arizona State Senate
Reason wasn’t just competent on the pension issue, they knew how to speak everyone’s language. People had misgivings about working with a libertarian organization, but Reason’s approach wasn’t ideological—they recognized what we were trying to do in Arizona and won people over.
They committed to educating everyone involved, both at large meetings and one-on-one.
The result was one of Arizona’s greatest legislative successes of the past 40 years. 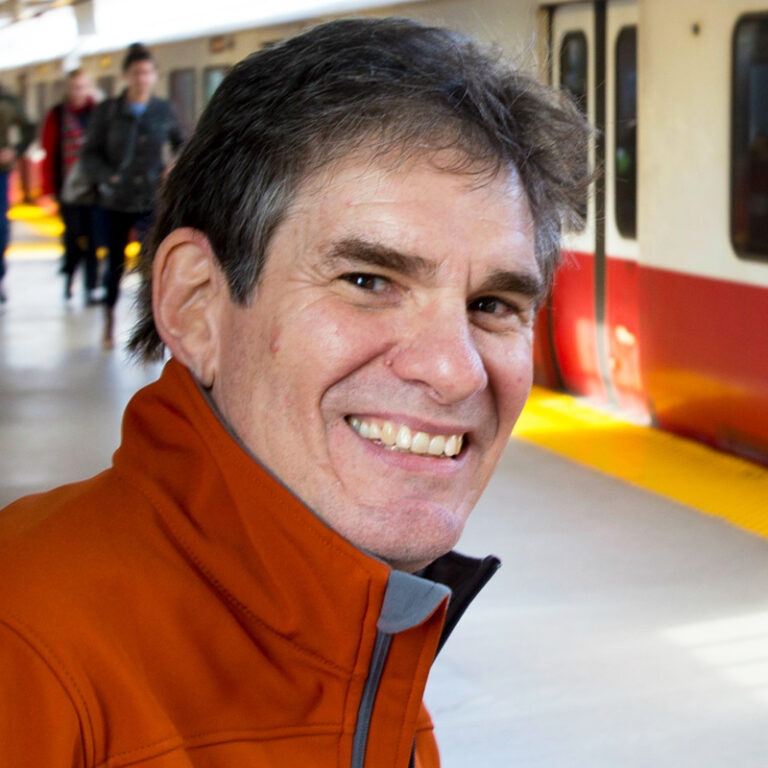 Charles Chieppo
Governing Magazine
Just as amazing as the scope of Arizona’s reform was the way in which it was achieved.
It passed overwhelmingly in the state House and unanimously in the Senate after a year-long collaborative process that involved lawmakers, public safety unions and the Reason Foundation, a libertarian think tank…
Arizona’s paradigm-buster may not be achievable everywhere, but it does offer an approach that some could use to make real progress on a problem that often seems intractable and will only get worse if it isn’t addressed. 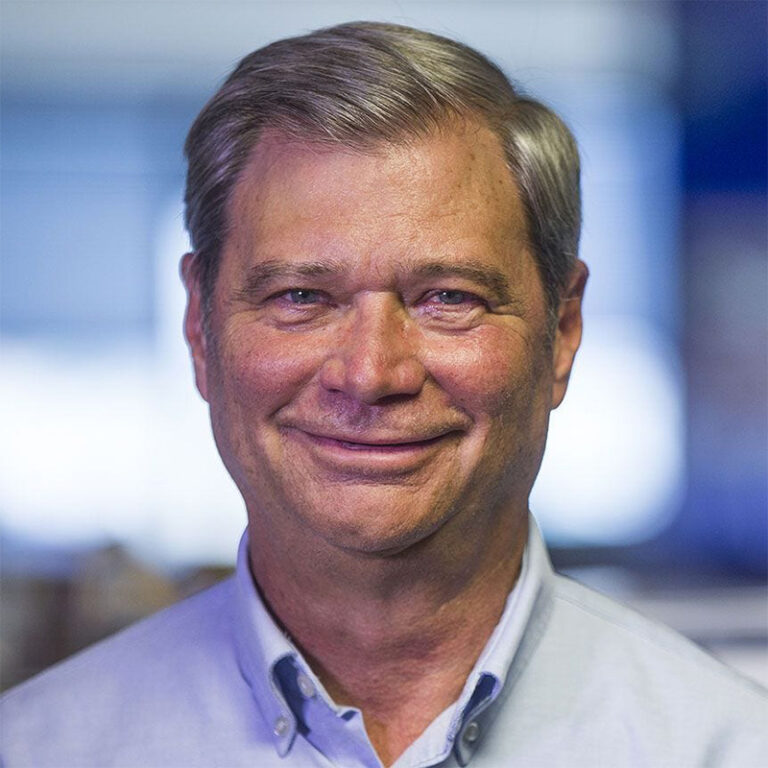 Robert Robb
Arizona Republic
State Sen. Debbie Lesko mother-henned an impossibly broad coalition to explore solutions, including pension experts at the libertarian Reason Foundation.
And the coalition improbably produced a consensus.
Public employee unions and libertarian wonks blazed new ground on a difficult and emotional topic that is producing paralysis around the country. 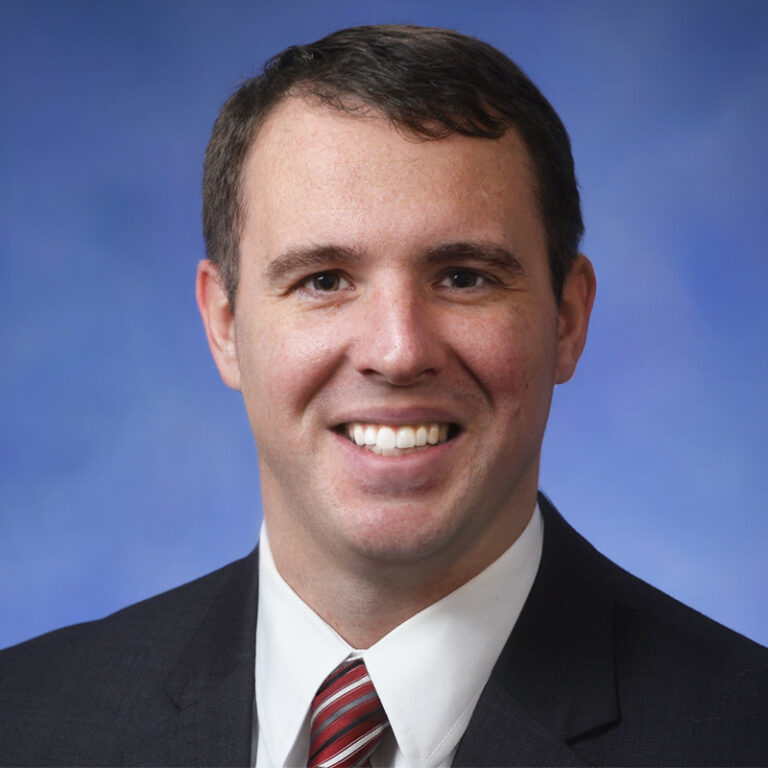 Thomas Albert
Michigan House Appropriations Chair
They’re very common sense, very pragmatic.
Not only did they offer advice and consultation to me, they also met with other members.
And Reason’s quantitative analysis made it clear that we didn’t have to make the large upfront contributions that were initially proposed, which made passing our reform much easier. 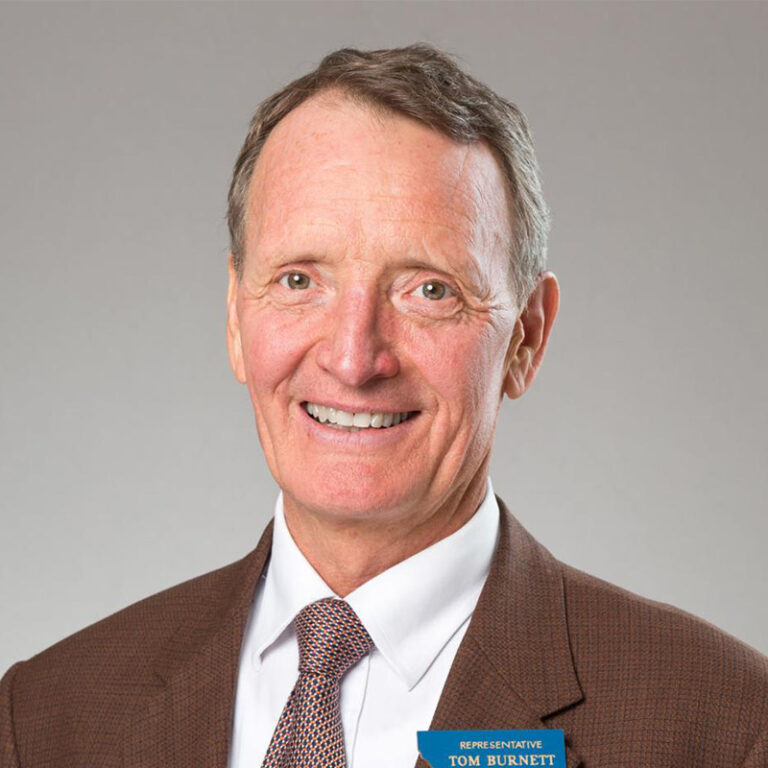 Tom Burnett
Former Montana Representative
Reason’s team came to the capitol and met with members of the legislature, legislative staff, and the audit division.
Those meetings were quite beneficial. They opened a lot of eyes and brought in members of both parties.
Once people were up to speed, they were less hesitant consider a change. 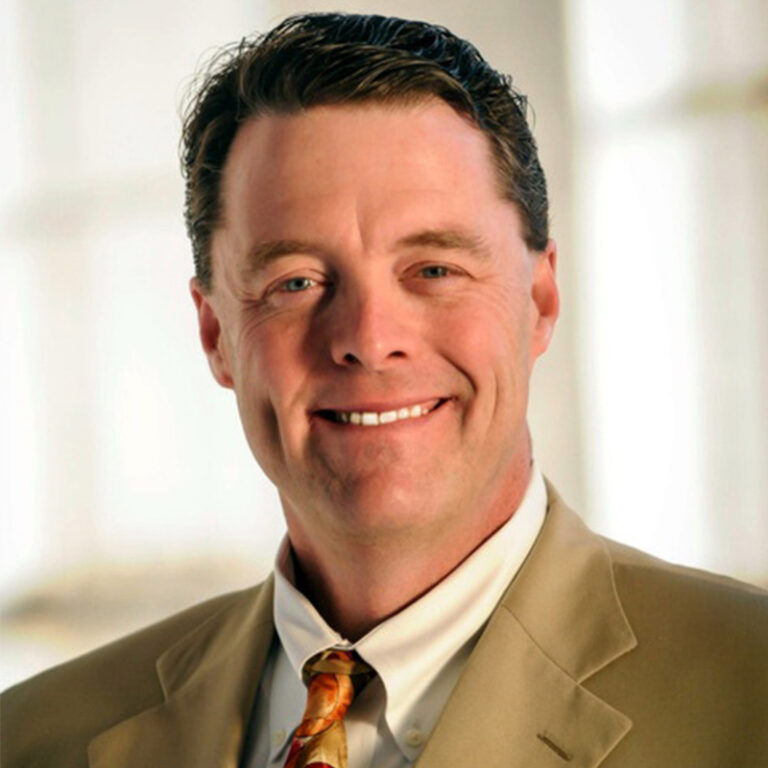 Jack Tate
Former Senator, Colorado General Assembly
Reason may be viewed as right-leaning, but they aren’t political. Their mission is non-partisan.
During our reform process, Reason was on the ground reaching out to as many legislators as possible, providing assurance that we were pursuing a solvent plan.
During the push and pull of negotiation, no matter who presented an idea, Reason could validate it and provide independent, expert advice.
That helped us push to pay down liabilities and build solvency of the plan into law.

Aren’t the upfront costs too high?

One of the reasons we have unfunded pension liabilities today is that we’ve avoided paying the true costs of providing the benefits promised to generations of public workers.

This means that sponsoring governments need to find ways of directing additional resources to pensions in the coming years.

Thankfully, most governments have some flexibility on the timing and method of how that’s achieved. That gives policymakers and stakeholders the opportunity to craft custom solutions to effectively manage costs while better managing pension debt.

And it’s important to remember the one thing we know for certain: pension math is non-negotiable, and in the long run the most expensive option is doing nothing.

Would making changes to the plan take benefits away from current workers or retirees?

An important guiding principle for all pension reform should be ensuring that 100% of benefits earned and accrued by active workers and retirees are met.

If policymakers consider introducing alternative retirement plans for newly hired workers, those designs can and should be designed so they do not impact active worker or retiree benefits.

Reforms must ensure that legacy unfunded liabilities continue to be paid off as fast, if not faster, then they were otherwise planned to be.

Won’t these plans just slide back into insolvency?

To avoid falling short of the goal of improving pension solvency, it’s important to avoid the temptation of adopting half-measures in the interest of political expediency.

Instead, policymakers should build a holistic, targeted reform—either at once or in multiple phases—that addresses pension funding policy, amortization methods, design vulnerabilities, actuarial and demographic assumptions, and governance.

There’s usually more than one driver of unfunded liabilities. Accordingly, reforms need to be multifaceted to be most effective.

Unlike other think tanks or policy experts, we’re not committed to a one-size-fits all solution. Instead, we’re committed to a commonsense set of principles, namely:

We understand the pension reform process from all sides of the problem. Members of our team have worked as public employees, served on pension boards, and have been part of past reform efforts within state legislatures.