An editorial in the Marion Independent Journal applauded the reform despite the fact that it would necessitate increased pension contributions from local governments that participate in MCERA. The newspaper noted:

It is a quarter of one percent reduction, but one that will cost agencies such as the county and the city of San Rafael thousands of dollars every year.

That’s money that will be diverted from the city’s general fund to meet its long-term pension obligation.

The board’s move is a prudent, but costly, step necessary to ensure the long-term financial stability of the fund and meeting its obligations.

It recognizes a combination of expected returns on its stock market and real estate investments and that the number of pensioners is not only growing, but they are living longer and drawing more from the fund.

Under the circumstances, adopting the 6.75 percent return assumption appears reasonable since it is closer to the median of market forecasts. But some in the actuarial community believe that public pension systems should use assumptions that are more conservative than the median scenario.

In a comment letter to the Actuarial Standards Board, the American Society of Pension Professionals & Actuaries (ASPPA) and the ASPPA College of Pension Actuaries (ACOPA) stated:

“[S]ince the primary goal is for the ability of the plan to be able to pay benefits when due, a leaning toward the conservative end of the acceptable range is not only allowable, it is preferred under the statutory construction of ERISA (Employee Retirement Income Security Act).”

Although the Actuarial Standards Board did not adopt the term “conservative,” their Actuarial Standard of Practice #27 says that actuaries can consider “adverse deviations” when recommending actuarial assumptions.

Simply put, if state and local pension plans across the country adopted more conservative investment assumptions it would lower their risk of accruing more public pension debt. While this would likely lead to higher short-term costs, doing so would ensure the state or municipality is better prepared to provide the benefits they have promised to retirees and employees.

Most of California’s local government pension systems use assumed rates of return greater than 7 percent. The accompanying table shows the assumptions used by the 30 largest county and city plans around the state at the end of their 2019 fiscal years. 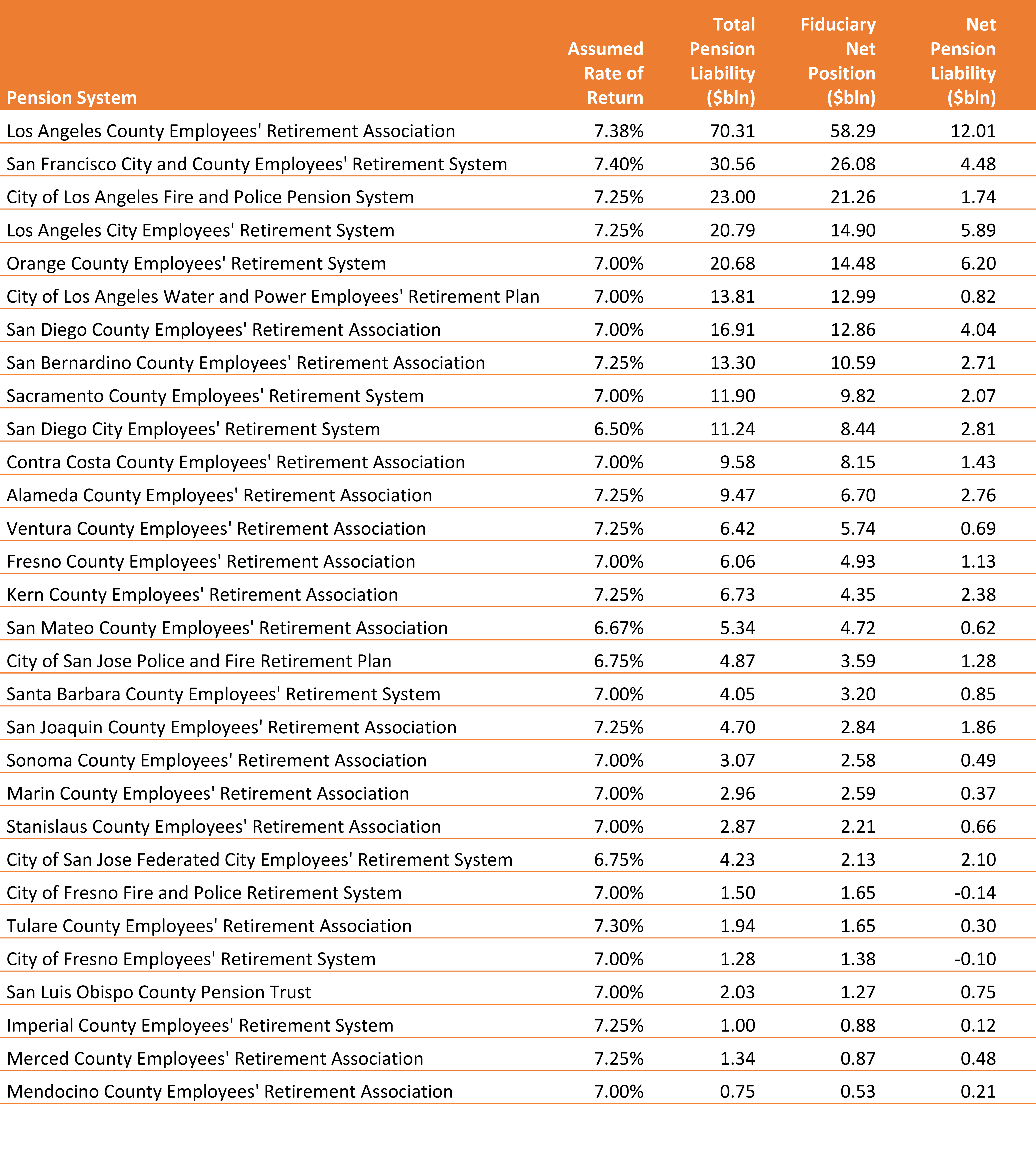 MCERA’s actuarial change places it in the company of three city systems and one county system that previously lowered their assumed rates of return below 7 percent.

These forward-looking systems are recognizing that we have entered a “new normal” in investment returns where persistently low interest rates oblige public pension funds to assume lower rates of returns or take on increased risk. MCERA has been wise lower its rate.