The Teachers Retirement System of Texas (TRS) governing board recently received reports that investments for the fiscal year ending June 30, 2019, returned only 6.4 percent, which is well short of the plan’s actuarial assumption of 7.25 percent. For an already-unhealthy pension plan with $46 billion in unfunded liabilities, another year of underperformance was certainly unwelcome news for TRS.

While policymakers seeking reelection in 2020 are touring the state touting the strength and diversity of the Texas economy, retirees and stakeholders should keep these latest TRS returns in mind and avoid assuming the strength of the economy has anything to do with the health of the state’s teacher pension fund, or the global economy in which it is heavily invested.

Regardless of how Texas’ economy is doing, consistent near-term underperformance and adherence to the overly optimistic investment return assumptions governing TRS have caused its board to make riskier bets and expose the fund to an increasingly volatile, less transparent global market.

Last month, TRS Deputy Chief investment Officer Jase Auby described the global market as something seeing “gathering clouds on the horizon,” which is a measured way of saying an economic downturn, possibly a recession, could be arriving soon.

Unfortunately, according to TRS reports, the most successful asset class for the 12-month period ending August 31, 2018, was global equities, which saw a 10.8 percent return. If the best performing, and fastest growing, asset class TRS holds is global equities, and plan investment advisors are warning of an impending global recession, policymakers should stop pretending Texas exists in some sort of economic bubble is shielded from global risk. It’s a sign that leaders should realign TRS’s investments and actuarial assumptions to conform to a global economic environment that is expected to yield lower investment returns.

In a smart effort to put the system back on the path to full funding within 30 years, the state legislature’s recent changes to taxpayer, teacher and school district TRS contribution rates were good first steps. However, those reforms did nothing to address the market risks facing TRS going forward. The retirement system’s overly optimistic investment return assumptions actually place those increased contributions in jeopardy of being out-of-date sooner rather than later.

Other public pension plans around the country have already begun recognizing the trends of the 21st-century global economy and are continuing to lower their assumed investment return rates, as shown in the latest report by the National Association of State Retirement Administrators (NASRA).

TRS’ assumed return rate of 7.25 percent, which was as high as 8 percent as recently as July of 2018, currently sits around the national average, but, given how TRS allocates its investments there is a strong probability that even 7.25 percent is still too high.

In addressing the issues plaguing the Teachers Retirement System, members and policymakers must first agree more conservative investment return assumptions are required to prevent the system’s debt levels from continuing to increase.

By lowering the expected rate of return, policymakers would put TRS on more solid footing. The state would be in a better position to pay off the debt and live up to the pension promises it has made to teachers.  As legislators campaign and praise the Texas economy, they should also be realistic about the serious unfunded liabilities and structural problems facing TRS and look for opportunities to make reforms that ensure TRS’ current teachers and retirees are all able to receive their retirement benefits. 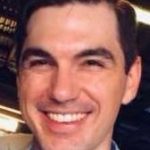