Late last week, the Oregon Supreme Court unanimously upheld reforms made by SB 1049 during the 2019 legislative session.  The Pension Integrity Project evaluated the bill last year, concluding that it was a patchwork set of adjustments that undermined workers’ retirement security and ultimately put the state’s public pension plan at further risk of insolvency.

The court’s new ruling struck a proper balance of protecting earned and accrued pension benefits while leaving room for legislatures to make changes to benefit and plan design in the future. But in doing so, it validated a terrible policy with far-reaching implications for hybrid retirement systems like Oregon’s. The decision could create serious issues for similarly designed retirement plans in other states.

A hybrid retirement system, like the Oregon Public Service Retirement Plan (OPSRP) shares risk between employees and employers by having both defined benefit (DB) and defined contribution (DC) portions of the retirement benefit. The Oregon plan, which serves public employees hired after August 29, 2003, was designed to have the public employer contribute to a modest DB pension plan, and the member contribute to a DC benefit. Both elements were then combined to create a member’s retirement benefit.

SB 1049 redirected a portion of what members contributed to the DC component into a newly established Employee Pension Stability Account (EPSA). The EPSA balance would then be used to offset DB pension contributions that would otherwise be required from employers.

It is understood that reforms rarely spare everyone from some degree of pain, but the policy of directly taking contributions from the employee’s DC to backfill employer obligations in the DB is particularly harmful.

The policy ultimately destroys the entire concept of a hybrid retirement plan with two equally important designs— in this case, a blend of a DB pension and a DC plan—feeding into one overall benefit, as it renders the DC portion of the benefit stream subservient to the DB plan when it’s not healthy (which is likely perpetual). Under this law, when the DB plan is significantly underfunded (less than 90 percent) the employee’s DC contributions are used to backfill the rising costs of the DB benefit, even as the DB benefit amount remains constant. In short, the DB benefit isn’t changing or improving, it’s just that employees now have to sacrifice funds from their DC account to make up for an apparently broken promise from the employers to fully fund the guaranteed return (pension) portion of their benefit by poaching from the variable (DC) benefit. Even worse, Oregon’s hybrid was somewhat weak to begin with due to the fact that up until this year there was only one DC investment option allowed (an allocation to a target-date fund, as opposed to individual mutual funds).

Employees ultimately sued over the contribution redirection and a separate cap on pensionable earnings, arguing that the changes constituted an impairment of contract under the state and federal constitutions. They claimed this was a “taking without just compensation” and a breach of public employees’ Public Employee Retirement System (PERS) contract rights.

The Oregon Supreme Court’s ruling rejected all of the petitioners’ arguments and repeatedly reinforced the principle that the legislature retains the broad discretion to make prospective changes to retirement benefits so long as benefits already earned and accrued remain untouched. From the perspective of public administration and sound fiscal management, this concept makes pragmatic sense and is broadly defensible on legal and philosophical grounds. It is true that policymakers need to be able to make adjustments as the world changes and challenges arise.

But underlying that argument was the question of whether diverting employee contributions away from their DC investments to a new subaccount constituted an impairment of the benefit. After all, there was an implied agreement from the hiring date that the employees would be solely contributing to the DC portion of their retirement benefit.

The court determined that no impairment of the benefit occurred because a contract was not broken and the legislature was within its rights to change an employee’s pension contributions. The court used similar logic in defending a pensionable pay cap imposed under the same law.

Oregon legislators have apparently now created a court-validated playbook for any state that has unfunded pensions and is using a hybrid design for current employees. Effectively they can steal from the DC side to cover the rising costs of DB pension debt, thereby directly reducing the overall retirement savings for the member. The Oregon Supreme Court also sent the message to stakeholders that more changes in the future are fair game, including major benefit cuts.

Despite the court’s finding that there was no prohibited impairment of the benefit in strictly legal terms, in reality, employees just had their benefits altered in a damaging way. The court talks about protecting earned and accrued benefits and even mentions that previous DC contributions aren’t affected—hence, no impairment. But in effect, there’s been no impairment to the constitutionally protected DB pension side of the benefit, but the unprotected DC element is taking a hit in order to try and tackle underfunding in the pension. As a result, members will have fewer DC resources to invest and build their retirement income.

Implicitly this ruling allows the legislature to turn the very notion of a good hybrid on its head by turning one side of the hybrid benefit against the other and devouring part of it. We believe that the particular contribution policy used here (and in Washington State’s hybrids) of having employers contribute only to the DB and the employees only to the DC now leaves the door open for this sort of blunt benefit cutting. At a minimum, one lesson from Oregon may be a need to split the contributions toward both sides of the benefit between employers and employees; 50/50 contributions to the DB and 50/50 contributions to the DC side offer a better approach that makes such a money grab at least more difficult politically. But it still seems clear that DC contributions can be easily gutted by employers under the logic of the court’s ruling, which does point to an overall potential flaw—a new political risk, more specifically—of the hybrid approach when it comes to resilience and implications for retirement security amid employer fiscal distress.

To make matters worse Oregon is seriously discussing taking funds from the EPSA created under SB 1049 to spend elsewhere in the budget.  When public money is sitting in dedicated funds—like the EPSA funds created in SB 1049—then we should not be surprised when legislatures feel enticed to sweep them, raiding the funds in tough times to spend elsewhere. Taking money already intercepted from employees’ DC contributions, and spending it to cover budget deficits instead of backfilling employer pension contributions—represents an affront to good public policy and would render an already suboptimal pension law much worse. There’s an unfortunate history of this in the past; the best example comes from California, where former California Gov. Pete Wilson used over $1B of CalPERS and CalSTRS funds to fill a budget deficit back in the early 1990s. There was a feature piece on different manifestations of “pension robbery” in Fortune back then, citing various states and the manipulations of their pension accounting in various ways to avoid budget pain.

In closing, it is the sense of the Pension Integrity Project that the court ruled the right way—otherwise the pension world would have not only the “California Rule,” but also an emerging cousin, the Oregon Rule. Legislatures need to be able to make reasonable changes to public retirement plans. But SB 1049 was not good legislation, and they’re making the bad even worse by possibly sweeping the funds in the EPSA.

A hybrid plan needs both parts to work, or else it’s really just a smaller DB plan with a bolted-on, suboptimal DC appendage. Right now, Oregon’s hybrid is broken—or at least there is an argument that it is a step backward from the goal of providing retirement security. From the state’s perspective, and maybe the legislative majority, there may not be a lot of natural enthusiasm for more changes— after all they just won in the courts.

But employees and elected officials who share their concerns should use this moment to try and create some energy around a better plan design. One that offers real choices, not a sum of a hybrid that’s less than half the parts that can get gutted when the legislature finds it convenient. 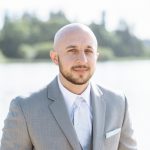