“Still waters run deep,” is the key takeaway from a recent study by the Center for Retirement Research (CRR) at Boston College, which found that the financial gap between poorly- and well-funded public pension plans is growing.

Yet, the aggregate funded status, and, by extension, employer contribution requirements, have been relatively stable over the past few years—mainly due to a two-year streak of healthy investment returns.

Are we out of the woods then? Far from it.

The CRR study stands as a stark reminder that the path to pension solvency, at least for most publicly-funded pension plans, is still a long one. By separating the 180 public pension plans of Public Plans Database (PPD) into three groups—depending on their relative 2017 funded ratios—CRR compared the different performances of these groups over the past 16 years (2001-2017).

Despite all three groups consisting of pension plans that were, on average, at least 90 percent funded back in 2001, only the ones in the top group, such as the New York State Teachers’ Retirement System and the South Dakota Retirement System, managed to retain their financial health through 2017. The average 2017 funded ratio for the top group was 90 percent. However, the average funding level in 2017 was only 73 percent funded for the middle group and just 55 percent for the bottom group.

To be fair, the bottom group includes some of the worst-funded state pension plans in the country, such as Illinois, New Jersey, and Kentucky, and these systems drag the overall funding level of this group downwards. But why the gap is growing?

The two major culprits driving this growing gap, according to CRR, are:

Indeed, insufficient annual contributions plague many poorly-funded pension plans, such as those sponsored by the city of Chicago. Another example, although far less striking, is the Employees Retirement System of Texas (Texas ERS), whose employer contributions fell short of actuarially required employer contributions in 18 of the past 22 years. This alone added $2.1 billion to the pension system’s unfunded liability since 2002 (see graph below). 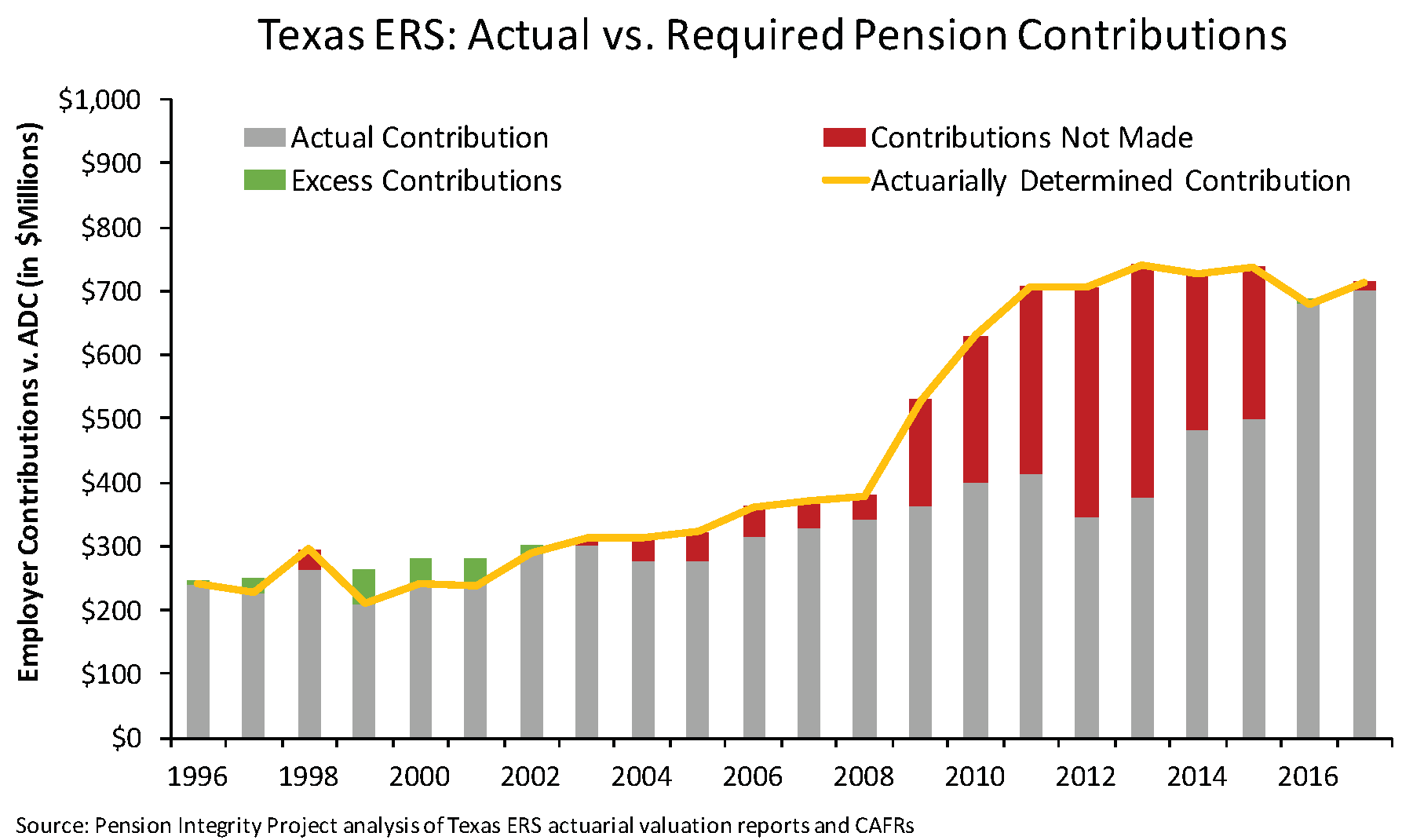 According to CRR, investment underperformance is the second common culprit, accounting for roughly one-third of the difference between the top and bottom groups’ funded ratios. This might, of course, indicate different investment strategies used since the lower third of plans averaged a lower investment return when compared to the other groupings. Yet, averaged returns for all three groups fell short of the average return assumptions over that same period, highlighting how ubiquitous the problem of plans setting overly optimistic return targets has become.

Using Texas ERS, once again as an example — the system saw as much as $8.1 billion added to its unfunded liability since 2002 because of investments performing below their expectations (see graph below). 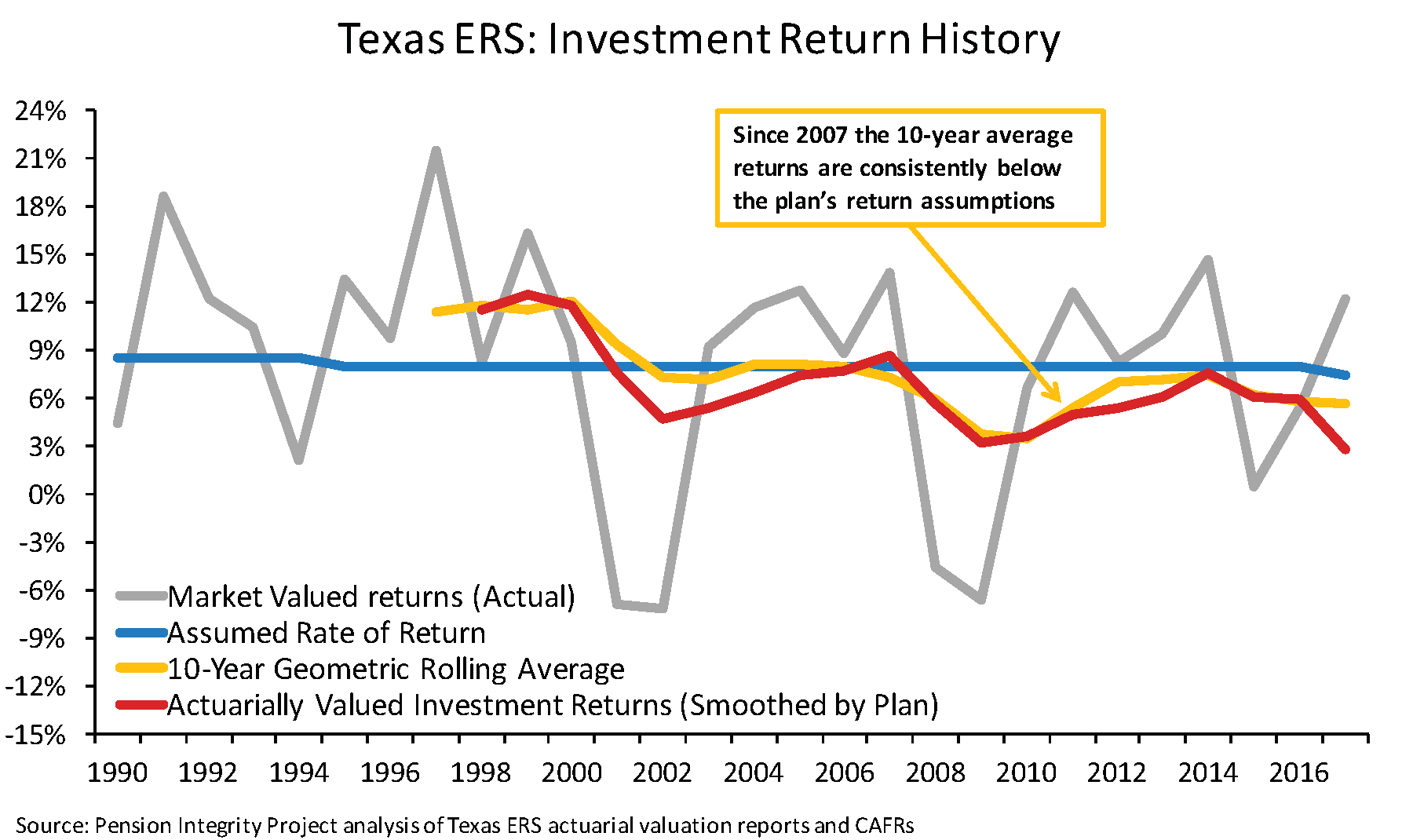 The widening differences between the best- and worst-funded pension plans shows that, while no plan is perfect, the need for significant reform is more critical for some than others. CRR predicts that the top third of plans will remain on track with continued pension solvency maintenance. However, the plans in the bottom third per funded status will likely require considerable rescue strategies beyond the traditional public pension plan reforms to stop their financial health from worsening.