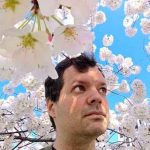 Todd Krainin's videos have looked at the legal limbo of living in a tiny house, examined the crisis of children held in solitary confinement in American prisons, and exposed billions of dollars of federally funded quackery at the National Institutes of Health.

In his previous life as an international photojournalist, assignments took Krainin from Mt. Everest Base Camp in Nepal to the US-Mexico border. His work has appeared in The New York Times, Time Magazine, the Los Angeles Times, The Guardian, The Kathmandu Post, and other newspapers around the world.

His coverage of the Nepalese Civil War earned top honors at the Prix de la Photographie Paris in 2007 and was featured at the Angkor Photo Festival in Cambodia. A graduate of McGill University, he works out of Reason's Washington, D.C. office.