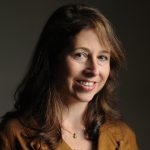 Tamara Barry is Director of Donor Communications at Reason Foundation.

Prior to joining Reason Foundation to support its grant operations, donor communications and other fundraising efforts, Barry was director of advancement at the Yankee Institute for Public Policy.

Barry's non-profit background also includes positions at several other Connecticut-based organizations, including as executive director at EverWonder Children’s Museum, director of development at the Housatonic Youth Service Bureau, and board of trustees for Music Mountain, the country’s oldest continuously-running chamber music festival. She also previously worked as a Yankee Institute fellow, a staff reporter and features writer at a weekly newspaper and a multimedia development director for an educational software publisher.

Barry currently resides in Connecticut, but has lived in several other places, starting with her native home, California, and moving on to Oklahoma, Pennsylvania, and Ontario, Canada. She most recently left Montana, where she managed a horse and sheep ranch in the Absaroka-Beartooth mountains and worked for a contract archeologist.

She holds an undergraduate degree in pre-law from Pennsylvania State University and is accredited as a certified fundraising executive (CFRE).