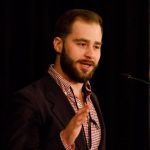 Preston Cornish is director of policy development at Reason Foundation, where he leads fundraising for research and policy implementation efforts.

Born in Washington, D.C. and raised in Maryland, Cornish joined Reason Foundation as a development coordinator in March 2012. Since then, he has helped to launch the Business Advisory Council, led the creation of Reason's Consumer Freedom program, planned Reason in Cuba and Reason in Guatemala, and established the Savas Award for Privatization.

Prior to working at Reason, Preston spent five summers working at Goshen Scout Reservation in Goshen, Virginia, where he taught sailing, rowing, and waterskiing. He also taught CPR to thousands of Boy Scouts.

Cornish is a 2011 graduate of Furman University, where he was on the board of Conservative Students for a Better Tomorrow, a host of a thrice-weekly radio program on WPLS FM, a resident assistant, a volunteer reader with Ready for Reading, and a member of Tau Kappa Epsilon.

Preston fled the high-taxes and cold weather of Washington, DC for Miami, FL. His hobbies include golf and sailing.