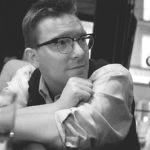 Matt Welch is editor at large of Reason, the libertarian magazine of "Free Minds and Free Markets." He served as Reason's editor in chief from 2008-2016. He is co-author, along with Nick Gillespie, of the 2011 book The Declaration of Independents: How Libertarian Politics Can Fix What's Wrong With America, which Tyler Cowen called "the up-to-date statement of libertarianism." Welch also wrote the 2007 book McCain: The Myth of a Maverick.

Reason has been a Western Publications Association magazine of the year finalist every year under Welch's leadership, winning five total first-place Maggie awards, as well as another 18 first-place notices from the Greater Los Angeles Press Club. Welch himself has won eight first-place L.A. Press Club awards over the years, for work on subjects ranging from Jackie Robinson to Cuba to the "banal authoritarianism" of Thomas L. Friedman and David Brooks. From December 2013 to January 2015 he was co-host of the nightly Fox Business Network program The Independents.

Before assuming editorship of Reason in 2008, Welch worked as an assistant editorial pages editor for the Los Angeles Times, as a media columnist for Reason, California correspondent for The National Post, political columnist for WorkingForChange.com, and regular contributor to the Online Journalism Review. Before 1998, he lived for eight years in Central Europe, where he co-founded the region's first post-communist English-language newspaper, Prognosis, worked as UPI's Slovakia correspondent and managed the Budapest Business Journal.

Welch's work has appeared in The Wall Street Journal, The New York Times, The Washington Post, CNN.com, ESPN.com, The Hardball Times, The Columbia Journalism Review, Salon.com, Commentary, LA Weekly, Orange County Register, and scores of other publications. He is a frequent guest on MSNBC, Fox News, Fox Business Network, CNN, public radio, and AM radio stations from coast to coast. He blogs daily at Reason's Hit & Run, and maintains an active Twitter feed.

Welch lives in Brooklyn, New York, with his wife and two daughters.

Welch's complete archive can be found here at Reason.com.