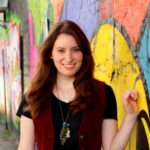 Danielle Melissovas Thompson is a video editor at Reason.

Thompson’s work has spanned across scripted, commercial, and documentary content. Before coming to Reason, she spent six years as a producer/editor for the Christian Broadcasting Network, where her short-form documentaries aired nationally on Freeform.  She’s also held various creative roles for several independent films over the past decade.  As an editor, her recent work includes a scripted feature film and an award-winning documentary. Along with a Bachelor’s in English, she holds an MFA in Directing from Regent University and a Master’s in Film from Oxford.  She and her husband live in her home state of Georgia.