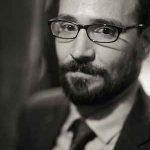 Damon Root is a senior editor of Reason magazine and Reason.com, where he writes about law, politics, and history. He is the author of Overruled: The Long War for Control of the U.S. Supreme Court (Palgrave Macmillan).

Root's work has been cited by the Texas Supreme Court and by leading scholarly journals, including the Columbia Law Review and the Georgetown Journal of Law & Public Policy. His 2007 essay on NAACP co-founder Moorfield Storey was recommended in Race & Liberty in America: The Essential Reader (University Press of Kentucky).

Root is a graduate of Columbia University, where he received a B.A. in history. He lives in New York's Hudson Valley.

Root's complete archive can be found here at Reason.com.