The North Dakota Public Employees Retirement System (NDPERS) has seen a significant increase in public pension debt in the last two decades. In the year 2000, the public pension plan, which serves North Dakota’s state employees, was 115 percent funded and had a $135 million surplus of funds for retirement benefits. Today, the pension plan is only 68 percent funded and has $1.4 billion in debt.

The latest analysis by the Pension Integrity Project at Reason Foundation, updated this month (January 2021), shows that for decades policymakers have created structural underfunding problems for the pension plan. Between 2003 and 2020, employer contributions into NDPERS were consistently less than the actuarially determined employer contribution (ADEC) rate, leading to an increase in unfunded liabilities.

In fact, since 2003, the state has not paid over $585 million in actuarially determined employer contributions to NDPERS because the contribution rate is set in the North Dakota state statute.

Additionally, deviations from the plan’s investment return assumptions have contributed to its unfunded liability growth. This growth in unfunded liabilities has driven pension benefit costs higher while crowding out other taxpayer priorities and programs in North Dakota.

The chart below, from the full solvency analysis, shows the increase in the North Dakota Public Employees Retirement System’s debt since 2000: 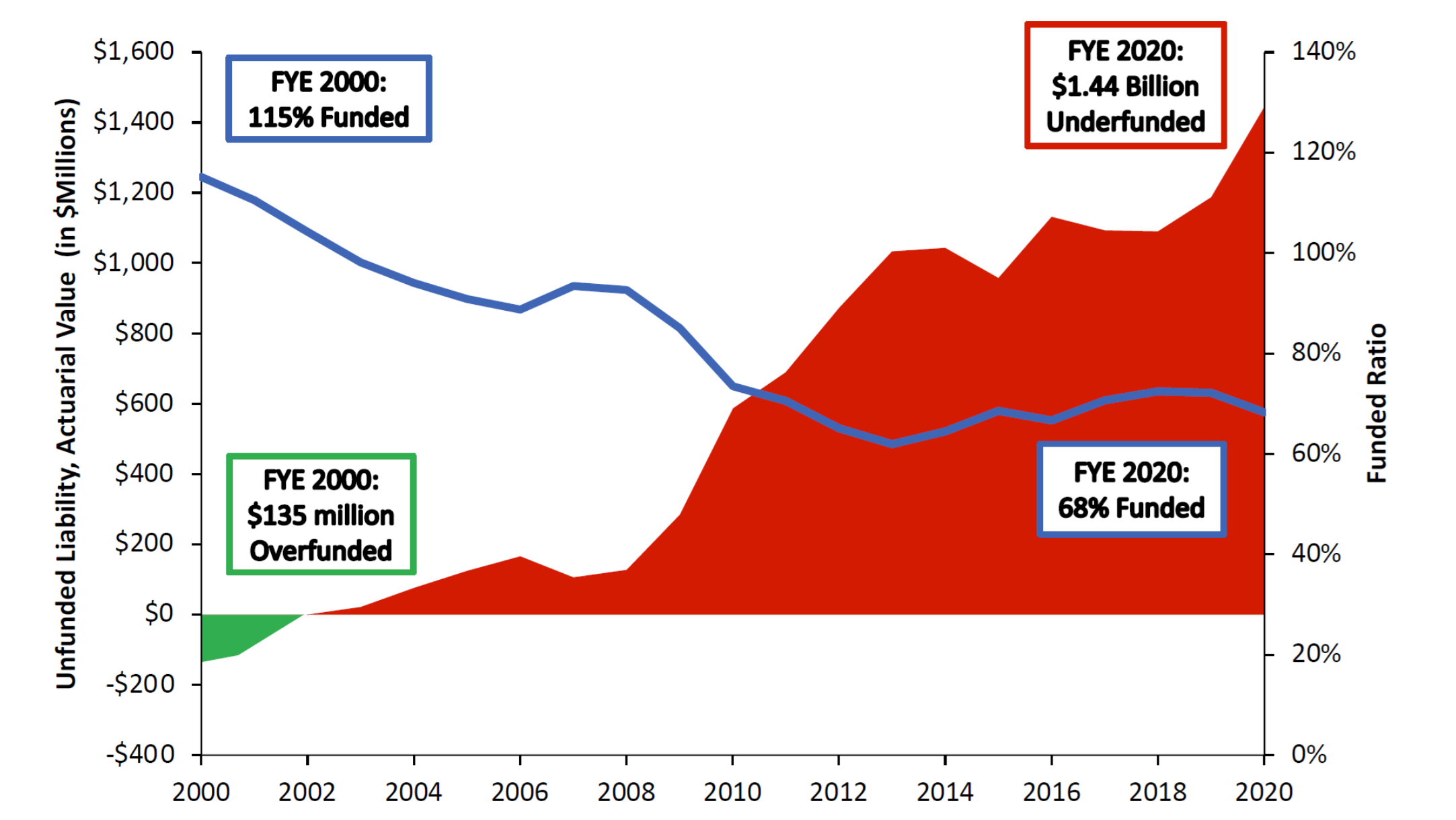 Today, NDPERS has only 68 percent of the assets needed to fully fund the pension system in the long-term.

This underfunding not only puts taxpayers on the hook for growing debt but also jeopardizes the retirement security of North Dakota’s state employees. Left unaddressed, the pension plan’s structural problems will continue to pull resources from other state priorities.

The solvency analysis also offers stress-testing designed to highlight potentially latent financial risks the pension system is facing. Reason Foundation also provides a number of policy suggestions that, if implemented, would address the declining solvency of the public pension plan. A new, updated analysis will be added to this page regularly to track the system’s performance and solvency.