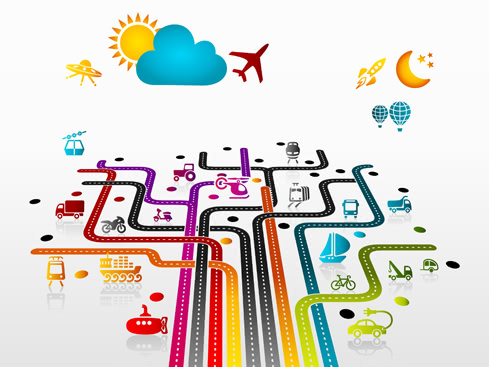 The incoming Trump administration has proposed a $1 trillion program to foster private investment in aging public-sector infrastructure. Eligible projects would involve infrastructure that has, or could have, robust user-fee revenue streams. Large-scale public-private partnerships (P3s) would finance, redesign, rebuild and modernize, operate and maintain aging and/or under-sized airport, highway, seaport, water-supply and waste-treatment facilities. These projects would be financed via equity investment (20% to 30%) and long- term revenue bond financing (70% to 80%).

Global infrastructure investment funds, U.S investment banks and large pension funds are eager to invest in such P3 projects in the United States. But to date, the opportunities to do such projects have been far greater in Asia, Australia, Canada, Europe and Latin America than here in the land of free enterprise. Part of this is due to the institutional inertia of many state and local governments that are slow to adopt new ways of doing business. But another major factor is federal obstacles to this kind of private capital investment in state and local infrastructure.

There is no lack of candidate projects. Those considered in this report include:

All of these already have bondable user-fee revenue streams or (in the case of Interstates) could implement such fees (state-of-the-art all-electronic tolling).

Infrastructure that is already owned by investors—most electric and gas utilities and the occasional P3 airport (San Juan) or toll road (Indiana Toll Road)—already has access to private capital and is being rebuilt and modernized. It is public-sector infrastructure that suffers from large-scale investment shortfalls.

Worldwide and in a few dozen U.S. revenue-financed P3 projects, an impressive track record has been assembled. Benefits include:

The United States is missing out on these benefits, while much of our infrastructure continues to deteriorate. In transportation alone, the last five years have seen $160 billion of P3 projects in Canada, Europe, Latin America and the United States. But only 12.5% of that has been in this country. This lack of projects is due in part to federal barriers that make it difficult, financially disadvantageous, or impossible to do such projects here, compared with other countries.

This report identifies the principal federal barriers. Among them are the following:

But by far the greatest federal obstacle is the inability in most cases to use tax-exempt revenue bonds for P3 projects. The United States is virtually alone in allowing state and local governments to issue tax-free revenue bonds. This creates a non-level financial playing field since, except for surface transportation projects, P3 projects are limited to using taxable debt. Once interest rates return to normal levels, the difference between taxable and tax-exempt interest rates will be significant. Even for projects that still pencil out with taxable bonds, the user fees will reflect the higher cost of taxable debt financing.

The second point is critically important, since the primary need is not new infrastructure but the reconstruction and modernization of existing infrastructure.

This program would likely be revenue-positive for the U.S. Treasury for two reasons. First, hardly any public-purpose infrastructure today is being financed by taxable bonds (or in cases where it has been, large fractions of those bonds have been purchased by non-taxable entities such as pension funds). So, a large- scale expansion of infrastructure investment with tax-exempt PABs would not be substituting for non-existent taxable bonds.

Second, there would be net new federal tax revenue from (a) corporate tax payments by the P3 companies building and operating the rebuilt facilities, and (b) additional personal income tax payments by a larger pool of construction and maintenance workers, getting premium wages and overtime thanks to the expanded program.

Finally, there would be additional economic benefits over and above the value of the modernized infrastructure. A trillion-dollar P3 infrastructure program would attract global equity investment from the scores of global infrastructure investment funds that are mostly investing in other regions of the world. Also, over time the United States would develop world-class P3 infrastructure developer/operators that would compete in global markets, generating service-export revenues.