Each public pension plan determines its own goals for how it will invest the funds of its members. Fund managers determine the makeup of their asset allocation according to several factors, including the target return and the level of appropriate risk. Generally, analysis of public plans’ asset allocation over time shows a current trend towards more investment in less transparent and riskier categories. A recent set of data released by the Texas Pension Review Board indicates that Texas cities are not only a part of this trend but are diving into risk at an even higher rate than the rest of the country.

The Texas Pension Review Board (PRB) oversees all of the state’s public retirement systems. They gather and publish data on 99 public pension plans administered by the state, counties, and municipalities. Recently released 2018 data gives the minimum, maximum, and target allocation numbers for many of these Texas plans.

PRB’s data shows that Texas has several plans with high minimum allocations to alternative investments. Of the 84 plans with available asset allocation data, 57 have alternative investment targets, and 14 of them are using targets above 20 percent in this category. Four of those plans even have targets above 30 percent. Examining these data over all of the 84 plans shows that Texas municipalities and counties as a group are targeting a total of 22.9 percent of their assets to go towards these more risky investments, which is well above the national average of 9.6 percent—as determined by the Center for Retirement Research’s Public Plans Data. 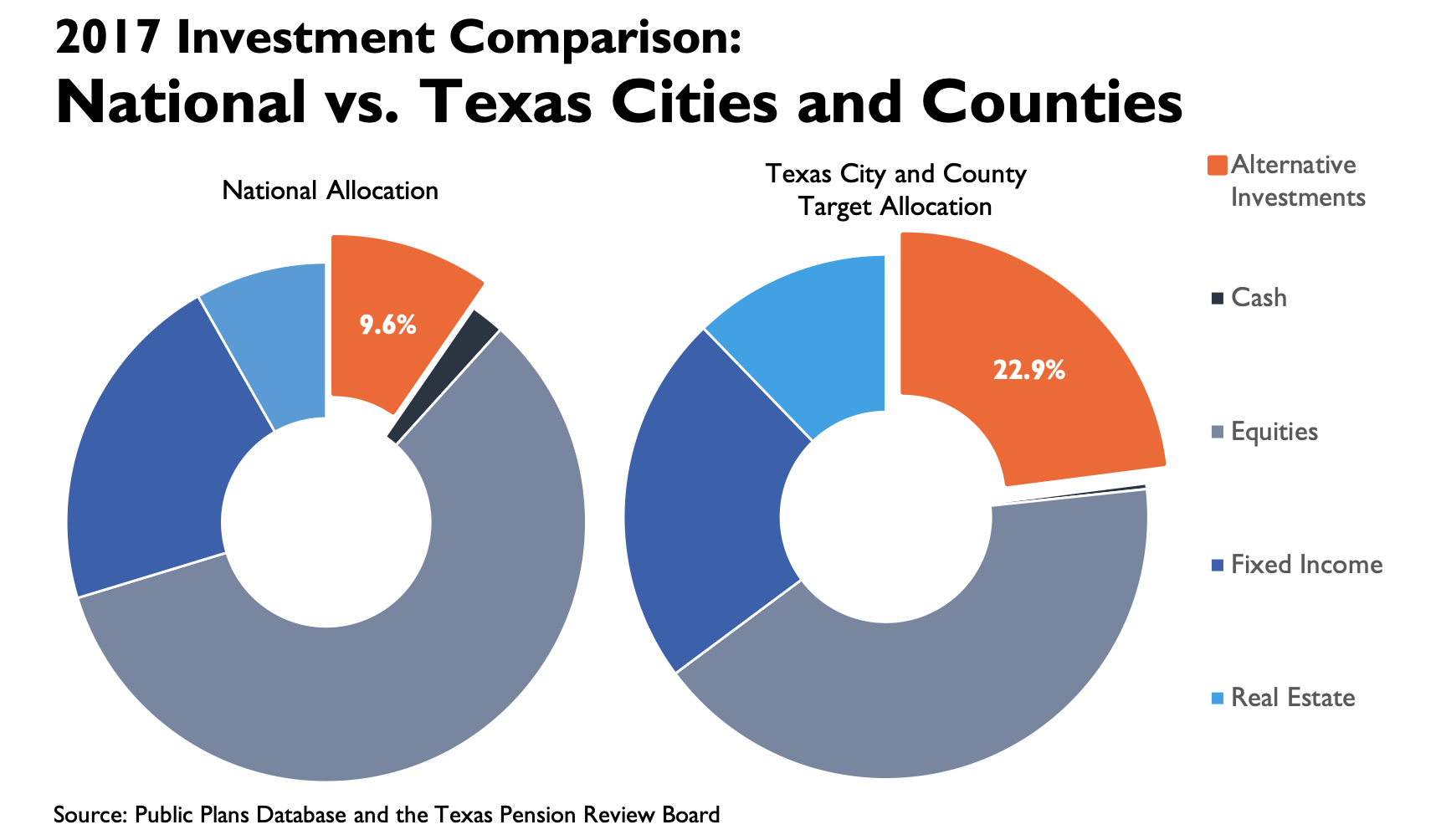 With this journey into less transparent and riskier investment strategies, Texas cities and counties appear to be following the lead of the state’s largest state-run pension, the Teacher Retirement System (TRS) of Texas. According to the system’s financial reports, TRS has drastically increased allocation into alternative investments over the past decade. The teachers’ pension fund was dedicating just 7 percent of its assets to alternative investments in 2007, but now reports over 37 percent of its funds in this investment type. 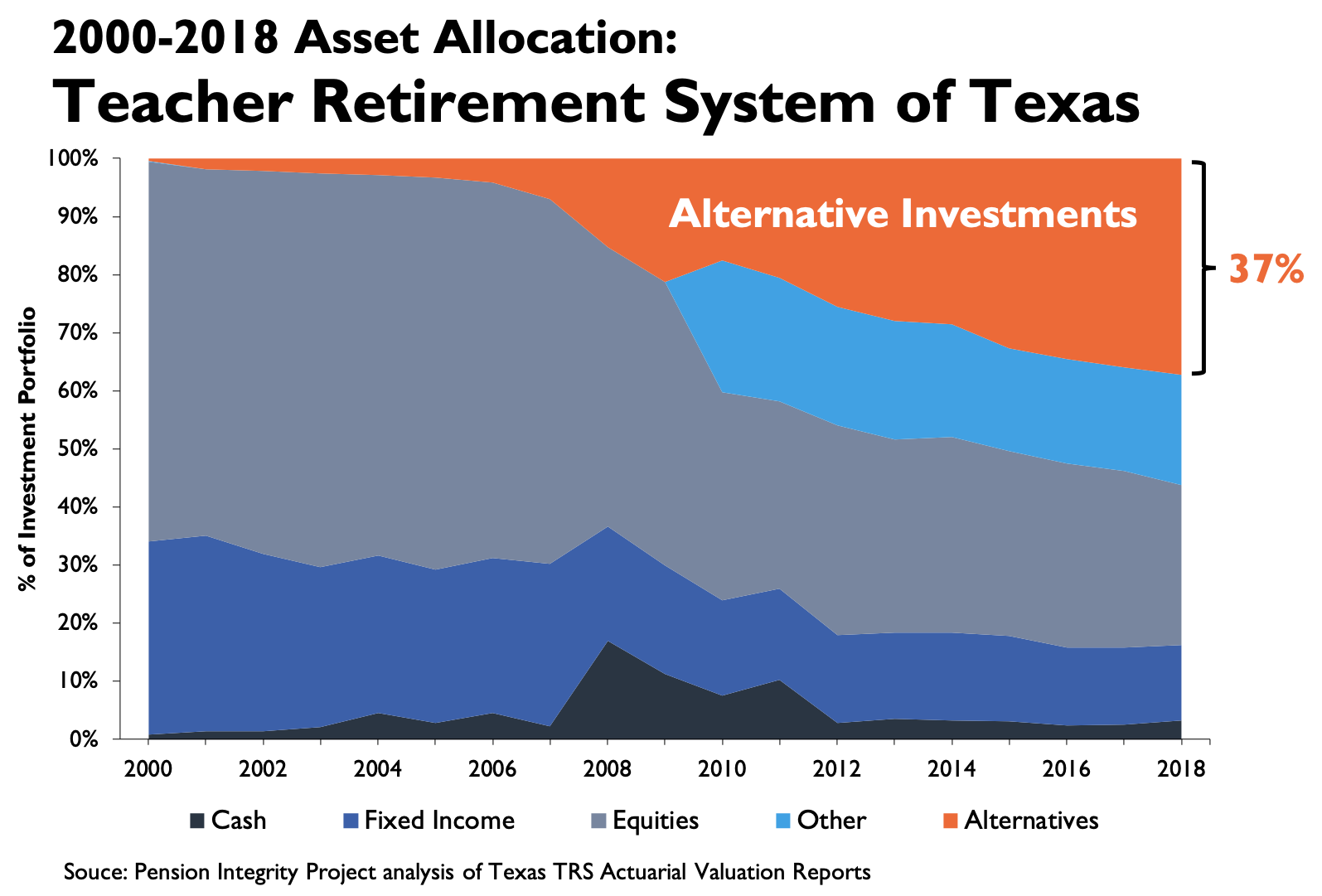 The likely explanation for this trend—common not just in Texas, but also nationwide—is the increasingly difficult time fund managers are having in achieving assumed rates of return. While annual returns of 7 percent were easily attainable in the past, they are proving to be overly-optimistic in today’s “new normal.” In hopes of avoiding reductions in return assumptions—which inevitably result in higher calculated pension liabilities—public pension managers are instead taking on more investment risk. Reaching for higher returns may work in the short-term, but exposes funds to outsized losses in the long-term.

Texas taxpayers ought to be concerned with this growing trend, especially in light of the fact that their state and local governments appear to be ahead of national averages in risky investment practices. Taking more risks in asset allocation may pay off in some years, but this practice exposes pension funds to the real possibility of major losses should the market experience a significant downturn. Even more concerning, Texas workers are depending on the stability of these funds. They deserve to have their retirement secured with low-risk and high transparency investments, not high-risk alternative investments.