While many other cities are increasing the regulatory burden on starting or expanding businesses, policymakers in Phoenix, Arizona have recently taken significant steps toward reducing it. 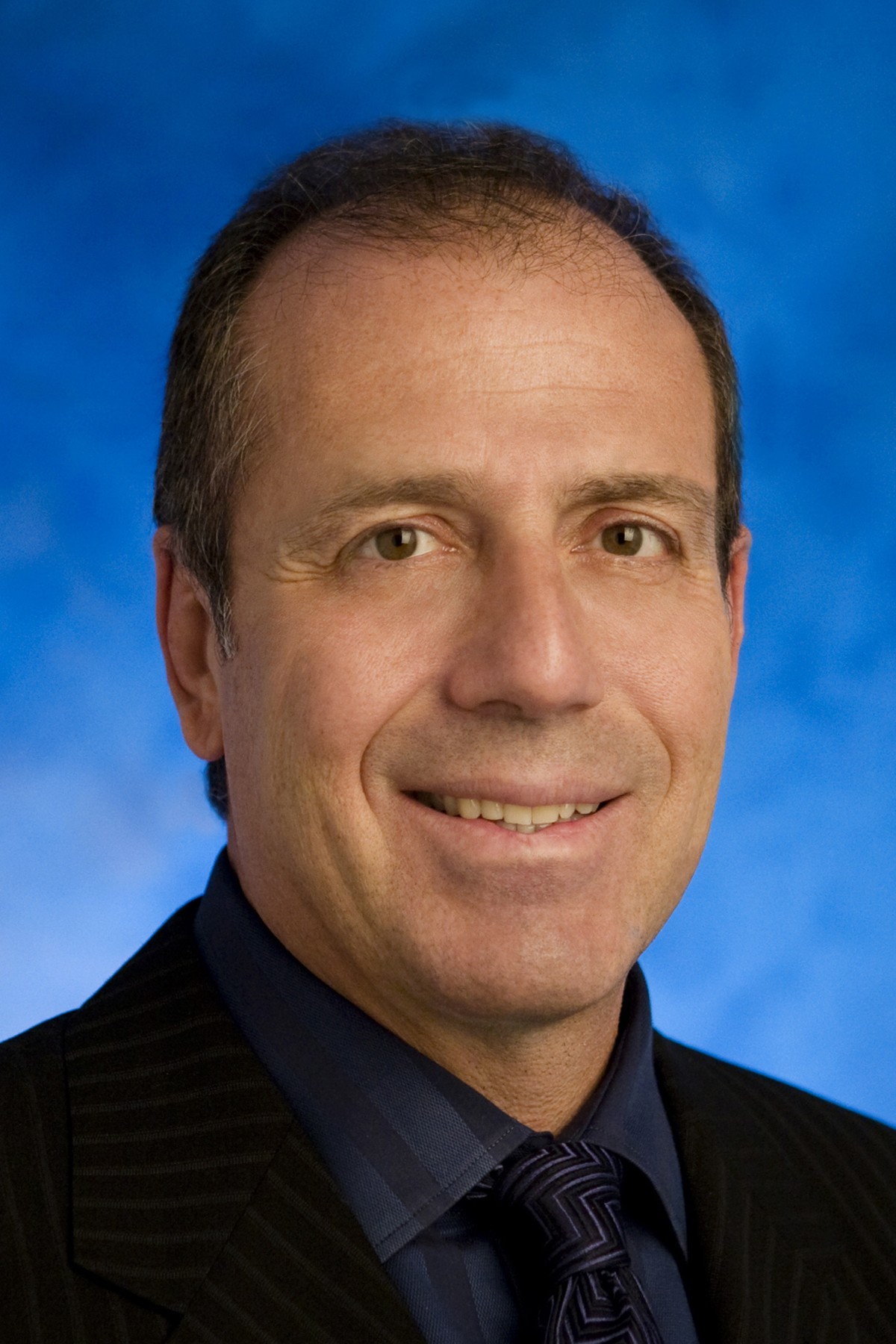 Regulatory delays and uncertainty in local government-particularly in permitting related to commercial and residential construction-tend to drive up the costs of development and can become so burdensome that they ultimately serve as a disincentive for economic investment. For example, a 2005 report by Denver, Colorado’s development council found that delays in the city’s development review and permitting process had increased the cost of development by three to five percent at that time, serving as a virtual tax on new projects and driving economic development to other nearby jurisdictions with lower regulatory burdens. This is a pervasive problem, with permitting processes in many cities taking up to six to eight months to complete.

This used to be the case in Phoenix, until its City Council recently enacted reforms that shifted a significant portion of city permitting and inspection functions to the private sector and created 24-hour turnarounds for projects that used to take four to six months. Phoenix is implementing a “self certification” model where architects and engineers who undertake city training and random audits can submit plans for a variety of residential and commercial construction projects (exceptions include high-rises, steep slope development and hazardous land uses) and be able to walk out with a permit, on the same visit. Next year, the city plans to go one step further by implementing online permitting, which will be even faster and more convenient for permit seekers.

In all, these reforms are intended to improve Phoenix’s economic competitiveness and lower costs for taxpayers. While permitting and plan review processes may drag out for months in many other cities, the process now takes less than 24 hours in Phoenix for many types of projects. A Fox Business channel report by John Stossel showed that in Hong Kong, a person can walk into a government office and walk out with a permit. He wondered why this could not happen in the United States. Phoenix policymakers apparently agreed with that, paving the way for reform.

The deregulation and streamlining recommendations came from an ad hoc task force made up of architects, engineers, contractors, city staff, trade unionists, neighborhood activists and non-profit leaders. The task force was co-chaired by Councilmen Sal DiCiccio and Tom Simplot, who had co-chaired a similar group two years prior that had developed some permitting reform pilot projects that led to these substantial changes.

In July, Reason Foundation Director of Government Reform Leonard Gilroy sat down with Councilman DiCiccio to talk about these reforms, how they came about and what they mean.

Sal DiCiccio, Phoenix City Councilman: I believe in the free market, so making government friendlier to private enterprises and competition is already a natural. But Phoenix – like so many cities – was getting in the way of businesses getting up and running during the worst recession in most of our lives. We wanted businesses to be able to create jobs quickly. That’s not possible when it takes months to get approval for tenant improvements, much less a new building.

We figured that when someone is considering starting a business in this environment, or moving one here, they needed predictability of expenses and time, and government isn’t good at delivering that. Entrepreneurs have built-in costs for financing, rent, marketing and some employees in addition to construction costs. Without greater speed and certainty, many of them wouldn’t even start. We wanted to combine the greatest predictability and speed with solid safety measures. This should have happened anyway, but the recession and the need to create jobs boosted the urgency.

Gilroy: What did Phoenix pass to help businesses get up and running faster?

DiCiccio: We created a model making Phoenix a 24-hour city when it comes to plan reviews and inspections. Walk in with your building plans, walk out with a permit and start construction that same day. Call for an inspector before 10 pm and get an inspection the very next day. That’s huge, compared to our history and what happens in most metro areas.

Phoenix shifted a significant portion of the planning and inspection functions to the private sector. Phoenix has instituted what’s known as a “self certification” model, which means architects and engineers who have been through city training will submit plans and be able to walk out with a permit, on the same visit. That includes all new construction up to 75 feet, all tenant improvements; civil permits for industrial, commercial/office, multifamily and residential; and historic preservation. More than 100 professionals are now certified on the list.

Next year, permits will be online, so they will be able to push a button and submit plans electronically. Today’s 24-hour process will get even faster.

DiCiccio: Getting permits quickly to do construction and improvements saves time and money. We also have greater predictability, so they will know when to lease, when they can build and when they should hire employees, for example. Unpredictability not only costs them time, money and market share, it also discourages some would-be entrepreneurs from even starting. When you’re a small business trying to build your dream on savings and credit cards, months-long hold-ups can be devastating. We’ve ended that.

It also gives them a choice of whom they want to work with. Private sector architects and engineers may provide more targeted services to a particular industry or business owner, and I believe people must have that choice. Competition creates more and better innovation. Government can’t specialize in every field, but the private sector can and does.

Gilroy: How does this help Phoenix taxpayers, and the city?

DiCiccio: First, faster job creation. A small restaurant can employ scores of people. One day’s delay getting a business’ doors open is one more day of recession, at least for the owner and employees. More people working means more tax revenue and more private sector dollars spinning through the economy at a compounded rate.

While it’s aimed at local entrepreneurs, companies elsewhere that battle bureaucracy and are considering other locations will be drawn to 24-hour, no-red-tape environment in Phoenix, meaning more jobs and a greater boost to the economy and a more diverse metro economy.

It also helps Phoenix’s reputation as an innovative city, which also attracts economic development. And it evens out the boom and gloom cycle when it comes to hiring plan checkers and inspectors. In the previous real estate boom, Phoenix couldn’t staff up quickly enough to accommodate. And when the market dropped, the city couldn’t shed the public-union-represented employees as quickly as demand warranted. By putting that expansion and contraction element onto the private sector, the city can crank up faster in good times and not pay for unneeded work in less good times.

It also pushes the city to be more innovative, to find ways to get projects done instead of getting in the way. When customers (citizens and business people) can pick public or private, both sides know they have to satisfy the customers or they will switch over. It makes the city prove it can, for example, consistently do 24-hour inspections and do them well. It puts competitive pressure on city workers, which makes them better.

Gilroy: Who helped get these reforms done?

DiCiccio: The ad hoc task force that came up with these recommendations was co-chaired by Councilman Tom Simplot and me. But it was an incredible collection of players, including those who traditionally are on opposite sides of the table. We had 125 citizen members on the task force, including business people, architects, engineers, real estate brokers, think tanks and homebuilders, but also city staff members (who would have to make it work), union representatives, non-profits and neighborhood activists.

Not everyone agreed with everything, of course, and there were some passionate battles coming up with something that would work and that we could agree on. Our planning staff, which is comparatively very pro-business, resisted some of the key changes, particularly involving privatization. At one point, union leaders walked out right before a key task force vote on privatization, killing our quorum. While the City Council is non-partisan, we do have five Democrats and four Republicans, and we had task force members talk with Council members in small groups to encourage their support. It took a lot of organization and planning not only to come up with the ideas but also to get them through.

But if you look at what’s happening elsewhere in the country and world, we think one of the true achievements was our ability to unify and work together. I’m a conservative Republican and Councilman Simplot is a moderate Democrat. And the Council, which is split almost evenly between the parties, voted unanimously or nearly unanimously for almost all of this.

It’s a testament to what can happen if you have a good idea and people are committed to making things better. If we can do it with this group, perhaps it can be done elsewhere.

Sal DiCiccio is in his third term as the Phoenix City Councilmember in District 6, having been twice elected in the 1990s and again in 2009. DiCiccio’s goal is to reform an opaque and stodgy government that sees increasing taxes, fees and red tape as a solution to today’s economic challenges. He wants to lower taxes and fees, make government more open and transparent and get out of the way of businesses creating jobs. DiCiccio believes that if Phoenix reforms the way it does business, it can be a model city in the country for defeating the recession. Sal is the oldest son of Italian immigrants who moved to the United States in the late 1950s. He earned a bachelor’s degree in Business at Arizona State University and later worked for John McCain, then a first-term congressman.

Other articles in Reason Foundation’s Innovators in Action 2012 series are available online here.