Both active workers and retired public workers should see the proposed reforms as necessary—albeit not an exhaustive list of—steps intended to help secure their retirement.  The proposals largely reflect a commitment to “shared sacrifice” among public employees, retirees and taxpayers alike and would ultimately be positive steps in protecting the severely-underfunded pension system.

PERA’s board of trustees and the New Mexico Professional Firefighters Association (NMPFFA) have already endorsed the task force’s proposals.

“We’ve been paying that on a credit card,” Wayne Propst, executive director of Public Employees Retirement Association told the Associated Press. “Eventually it comes due.”

“The solvency of the pension fund, not only now but for future generations of firefighters and public employees, is paramount,” said Alberto Ortega, an Albuquerque fire captain and the legislative director for the NMPFFA.

The American Federation of State, County and Municipal Employees (AFSCME) has yet to endorse the concepts but considers the released recommendations to generally match the principles of shared sacrifice favored by the union.

“We’re in a situation where if we don’t change it again, we will not be able to recover after another recession,” said State Sen. George Muñoz (D-Gallup), chairman of the pension committee.

But there is also skepticism about the task force’s recommendations.

“There is no immediate crisis,” Joel Pafford, president of Retired Public Employees of New Mexico, said in a recent letter to the governor. “In fact, there is a strong case that fully prefunding pension funds is a bad idea and a waste of money.”

While policymakers definitely need to further investigate the potential impacts and merits of all of the proposed reforms, the last thing an underfunded pension plan, like PERA, needs is less money.

Any responsible individual knows that paying down mortgages or credit card bills in due course grants financial flexibility and helps to avoid sky-high interest payments. The government, generally speaking, should follow the same principle by eliminating its unfunded pension liabilities as fast and as aggressively as possible.

According to the task force, the recommended changes should provide $700 million in immediate savings, and are projected to eliminate over $6 billion in unfunded liabilities over the next 25 years. This would be accomplished primarily through implementing an alternative cost-of-living-adjustment (COLA) structure and increasing employee and employer contribution rates for all PERA divisions.

Why Change the COLA?

As economic logic goes, a gradual rise in average consumer prices—inflation—erodes the purchasing power of your nest egg. COLAs are meant to protect the purchasing power of retirees’ pension payouts from such devaluation. However, PERA’s current two percent compound COLA is outdated and expensive. By being locked to a fixed rate instead of floating with inflation, it does not serve the true purpose of a COLA, which is to allow benefits to keep pace with the change in consumer prices. Meanwhile, the U.S. Consumer Price Index for All Urban Consumers (CPI-U) index has had a hard time surpassing the Federal Reserve’s consumer price growth target of two percent since 2009.

The proposed non-compounding profit-sharing COLA structure, along with other COLA changes, offers a more sustainable approach and could help increase the likelihood of PERA achieving full funding by 2043 from a projected 38 percent to 50 percent, according to PERA’s actuary.

To strengthen pension finances, the task force recommends increasing employee and employer statutory contributions (as a share of payroll) into PERA (excepting the State Police/Adult Correctional Officers Division). Together these would be raised by four percent over a four-year period.

For PERA, insufficient contributions are one of the key problems that have been driving the $6.1 billion in unfunded pension liabilities accrued over the past 16 years. In 2018, statutorily set contributions to PERA fell short of the amount required to amortize the unfunded liabilities over 30 years by 5.73 percent of payroll, or about $145 million.

Year after year, this shortfall transforms into debt, which then accrues interest and diverts government resources away from other public projects. Not only does this undermine PERA’s financial health, it puts an increasing burden onto employees, who gradually take up most of the cost of pre-funding their pensions.

It is true that increasing pension contributions would likely require both current employees and the state legislators to acknowledge trade-offs between current pay/public funds and pension funding. However, doing so sooner, rather than later, would better ensure the funds would be there for members when they are retired and their pension payouts come due.

Why Make Other Changes?

Now could also be an opportune moment for New Mexico’s legislators to consider PERA changes beyond those already recommended. Reassessing the plan’s actuarial assumptions, particularly the 7.25 percent assumed rate of return on investments, could help curb investment losses and reduce interest accruals on the debt.

Counting on higher investment returns is a risky move for PERA. Consider, that the New York Fed projects there is a 29 percent chance of the U.S. entering a recession in the fall of 2020. All the while, leading financial advisory firms like Vanguard and J. P. Morgan expect portfolio investment returns to fall below 7 percent over the next decade.

Reducing the return rate assumption now could save PERA from unnecessary debt spikes caused by investment underperformance. Over the years, the plan has overestimated inflation, mortality rates, payroll growth rates, and other assumptions, as well.

It is also worth considering adding a more flexible and portable plan design option like a hybrid or cash balance plan for new hires that could create a new and attractive pension benefit option for those who might not have otherwise considered working in public service, while also slowing down the growth of PERA’s actuarial liabilities.

Even more than PERA, the New Mexico Educational Retirement Board (ERB) also requires reform given its worse funded status. Driven by the same shortcomings of low statutorily-set contributions and poor amortization policy, last year ERB had $11.9 billion in debt, almost twice as much as PERA in unfunded pension obligations (based on GASB standards).

The tough but necessary process of reforming PERA and ERB is needed to ensure a secure and sustainable retirement for New Mexico’s active and retired public employees.

The best path forward would need bipartisan support and require shared sacrifices. The cost of inaction just keeps on growing for the public, government, and employees alike. The reforms proposed by the New Mexico Public Employees Retirement Association’s Pension Solvency Task Force are a positive step toward improving the solvency of the PERA and should be judged on their merits. 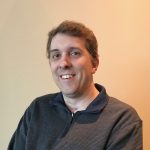