Such a city ordinance — essentially requiring that the city pay its pension bills — should theoretically not be necessary. Every year the city defers part of its compensation for police and fire into the future by promising a pension to public safety workers who spend their career in Lincoln. Actuaries determine annual contributions necessary to ensure there are enough funds available to pay out those benefits. However, in 10 of the past 15 years the city has failed to pay 100% of those actuarially determined employer contributions (see nearby figure, click for larger). 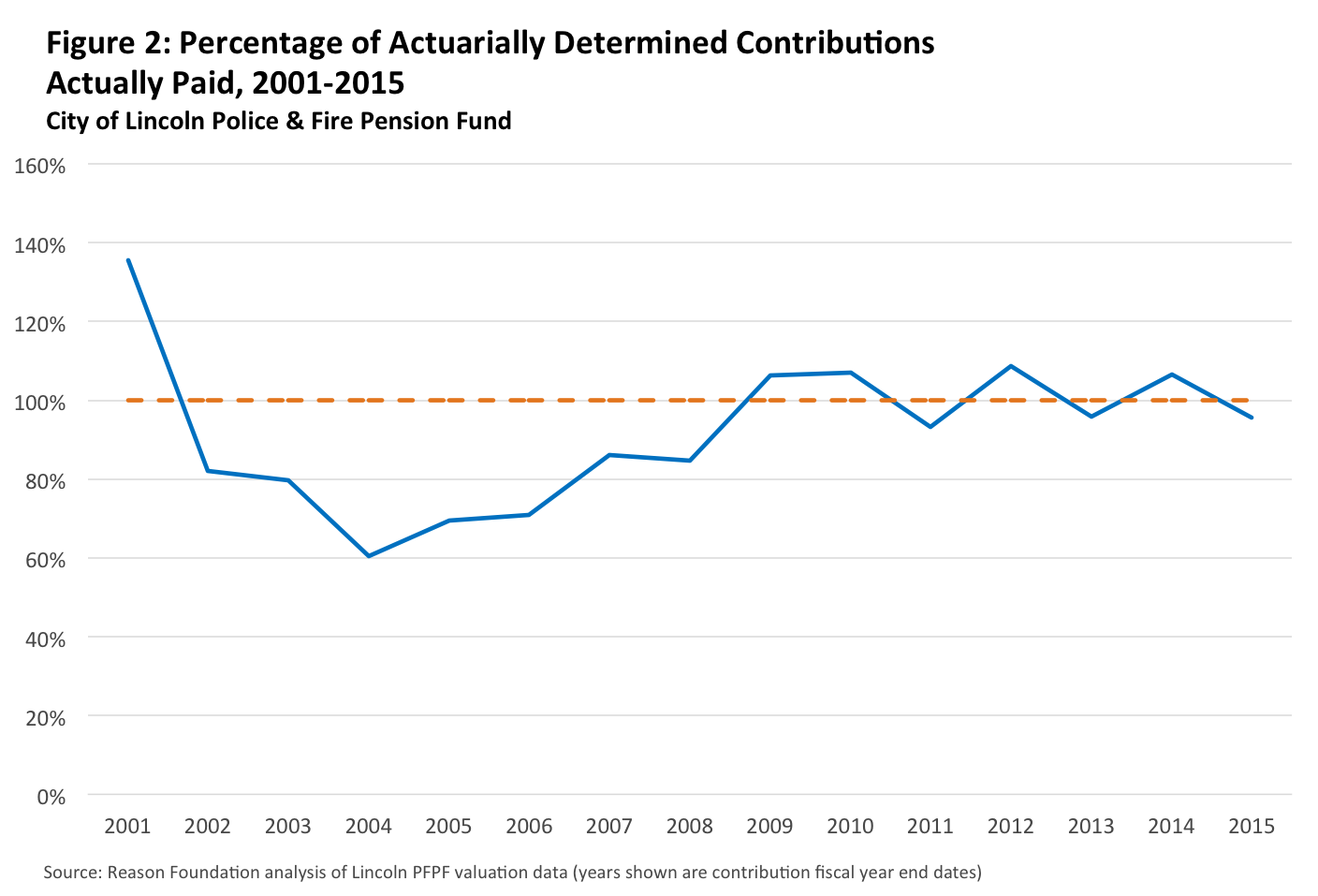 In January of this year, the Pension Integrity Project co-published a study pointing out this funding policy deficiency in Lincoln. We also highlighted that those actuarially determined contributions were based on the assumption of a 7.5% investment return on assets — which Lincoln has failed to achieve. The actual return over the past 15 years for the Lincoln Police & Fire Pension Fund is just 5.2%. Thus even if Lincoln had paid the required contributions every year, the city would still be facing millions in unfunded liabilities.

Still, it is an important policy improvement for Lincoln to formally adopt a policy of paying 100% of the actuarially determined contribution rate. That is basic, sound public policy and an important part of keeping promises to public sector retirees.

This ordinance will not be enough to save the pension fund on its own though. Last year the city council made the mistake of increasing the assumed rate of return back up to 7.5% after having lowered it to 6.4%. The pension fund itself has also taken a page of out the Dallas police pension fund and is counting assets from a “13th check” pool towards its total assets — artificially lowering the reported amount of unfunded liabilities. Ultimately, paying the actuarially determined contribution rate is only helpful if the underlying assumptions and methods used by the actuaries are realistic and responsible.

For more on the pension reform needed in Lincoln, see the following resources —