The Teacher Retirement System (TRS) of Texas reported an unfunded pension liability of $35.4 billion in 2017. An analysis of historical TRS reports going back to 2001 makes it possible to identify the key factors driving growth in TRS’ unfunded liability. 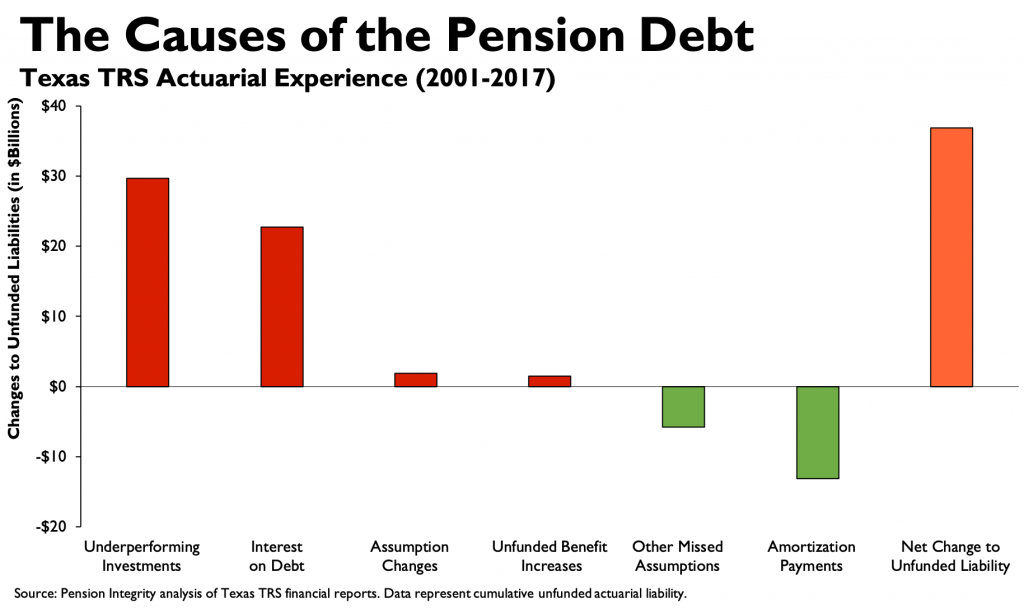 How the Texas TRS Unfunded Liability Grew to $35.4 Billion