If there’s one policy area where the Trump administration has regularly received plaudits, it is for reducing excessive regulation. The administration has taken steps to ensure major regulations are subject to sound cost-benefit analysis, that regulatory trade-offs are taken seriously, and that regulators do not put an infinite value on the pet concerns of fashionable special interest groups. Even President Barack Obama’s former regulatory czar, Cass Sunstein, praised the Trump administration for being “admirably committed to cost-benefit analysis” in determining which federal rules are too expensive or unnecessary.

Unfortunately, even in the Trump era, the Food and Drug Administration stands out as being peculiarly immune to this approach. During his tenure, former FDA Commissioner Scott Gottlieb set out a radical agenda for heavily regulating tobacco products, including slashing nicotine in cigarettes, banning menthol cigarettes, and taking steps toward possibly banning flavored e-cigarettes and cigars.

Regardless of how one feels about tobacco or nicotine, it is right and proper that such regulatory interventions be subject to the same rigorous analysis we would expect of any other federal rule or agency. To hate a product, an industry, or its customers is not reason enough for arbitrary or capricious rule-making.

But a Reason Foundation study by economist Pierre Lemieux shows the FDA has been doing just that by downplaying or disregarding one of the most critical factors for assessing these regulations — a fundamental concept in economics known as consumer surplus.

In a nutshell, consumer surplus is the difference between what consumers pay for a product and what they are willing to pay. Economist E.J. Mishan called it “the most crucial concept in the measurement of social benefits in any social cost-benefit calculation.”

In the past, the FDA has recognized the importance of consumer surplus. In a 2011 cost-benefit analysis for its rule mandating graphic health warnings that appear on cigarette packs, the FDA concluded, “In an analysis of benefits based on willingness-to-pay, we cannot reject this tool and still fulfill our obligation to conduct a full and an objective economic analysis…Although it does not affect our use of consumer surplus, we note that virtually all studies of the economics of smoking and addiction assume that smoking is pleasurable to smokers.”

The FDA noted that “on average, smokers are informed of, and able to internalize, some but not all health and life expectancy effects of their smoking.” As a result, the FDA revised estimates and found the pleasure smokers would lose would offset the health benefits of the rule by between 10% and 93%.

But the FDA’s adherence to sound cost-benefit analysis elicited a ferocious backlash from anti-smoking groups. Some economists argued that almost all the lost pleasure stemming from the rule should be ignored because tobacco regulation shouldn’t be subjected to traditional economic rules. So in 2016, when the FDA extended its regulatory power to include cigars and e-cigarettes, it backed away from explicitly incorporating the lost satisfaction smokers would get when they reduce consumption as a result of FDA rules. The FDA’s proposal to slash the amount of nicotine in cigarettes mentioned consumer surplus almost as an afterthought. Then, for its possible bans on flavored tobacco products, consumer surplus was left out of the analysis altogether.

By ignoring or downplaying some of the highest costs of these policies, the FDA is stacking the deck in a way that makes almost any rule regulating or banning tobacco shake out as a net benefit.

It’s bad policy and bad economics. Fair cost-benefit analyses of the FDA’s tobacco regulations must provide an estimate of the loss of pleasure experienced by smokers or vapers. The FDA should be able to explain regulatory trade-offs, how its proposed rules would lead to optimal outcomes, and why the potential benefits of a rule should outweigh what consumers would lose.

Whether one hates smoking (or, less defensibly, its safer and biggest rival, vaping) it is wrong and an inversion of evidence-based policy to ignore the losses consumers would experience if these products are banned or restricted while only counting the benefits.

Rather than continuing the trend toward sound regulatory policy, FDA is imposing moral preferences under the guise of science. With marijuana, sports gambling, and other so-called “vices” becoming legalized and regulated, the federal government needs to conduct consistent, unbiased analyses — even for products whose benefits some opponents would like to deem unseemly and ignore.

This column originally appeared in the Washington Examiner. 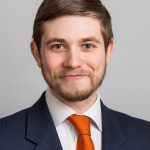