Arizona’s largest pension plan received grim news from the results of its actuarial audit. The consulting firm Segal performed the audit and told the Arizona State Retirement System (ASRS) board that modeling suggests ASRS is not going to meet its investment return goals. In fact, Segal found “the confidence level associated with meeting the 7.5 percent assumption [for investment returns] is less than 50 percent.” This means that of the thousands of potential investment return scenarios tested by Segal, less than half of them ended up meeting or surpassing the 7.5 percent return on investments that ASRS assumes it will earn.

Due to the results of the modeling, Segal’s auditors stated, “We believe that a further reduction in the assumed real rate of return should be considered during the next experience study.”

According to Segal, if ASRS’ next experience study comes with a recommendation to lower its assumed rate for investment returns to 7 percent, that would add $2.2 billion to the plan’s unfunded liabilities and drop its funded ratio approximately three percent.

This recommendation comes at an interesting time in ASRS’ history. The plan stuck to an 8.0 percent assumed rate of return from 1984 until 2017 despite significant market changes and underperformance in its portfolio beginning in 2002. 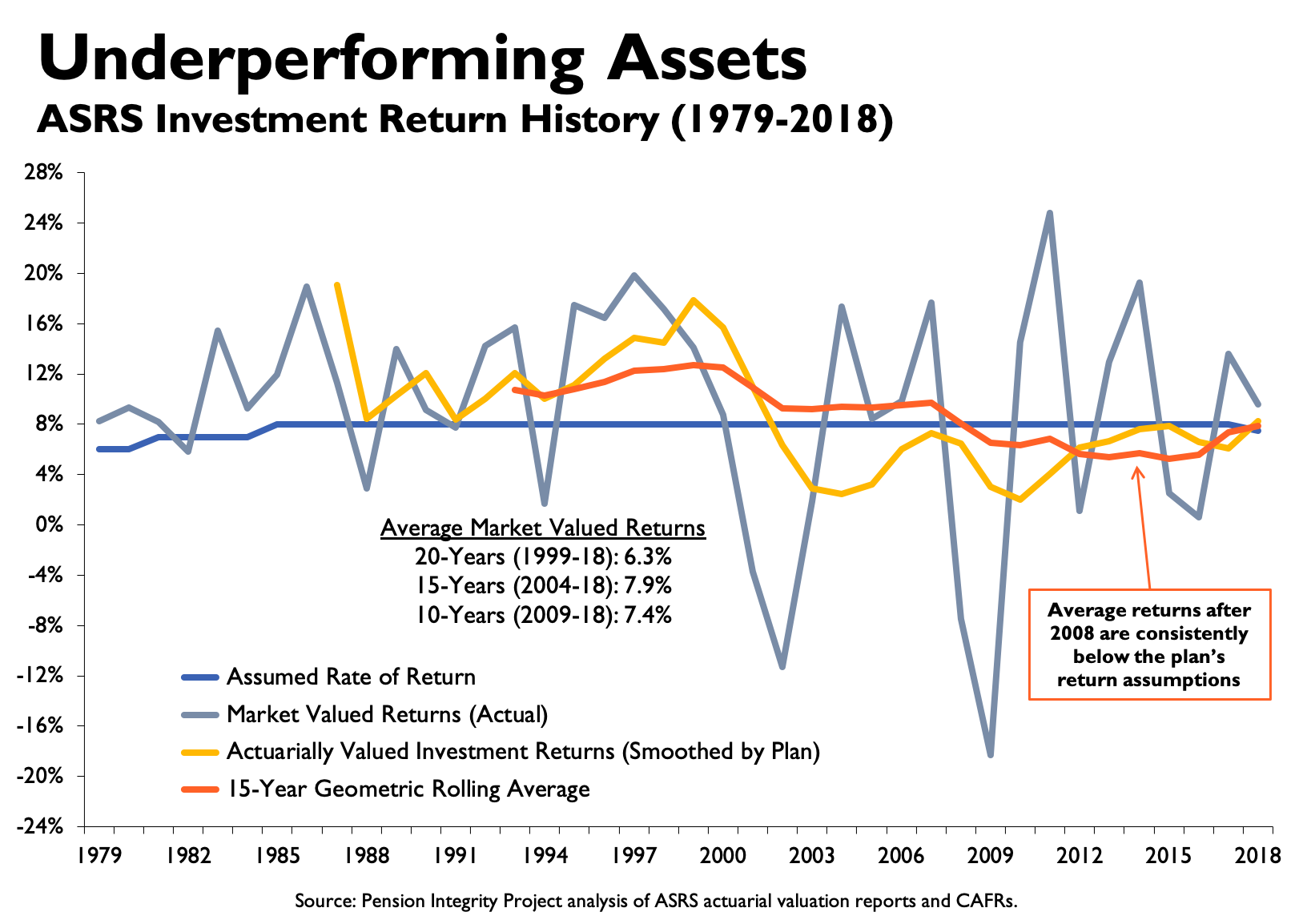 In fact, since 2002, ASRS has added $10.9 billion to its unfunded liabilities by missing its investment return assumptions, as shown in the figure below. 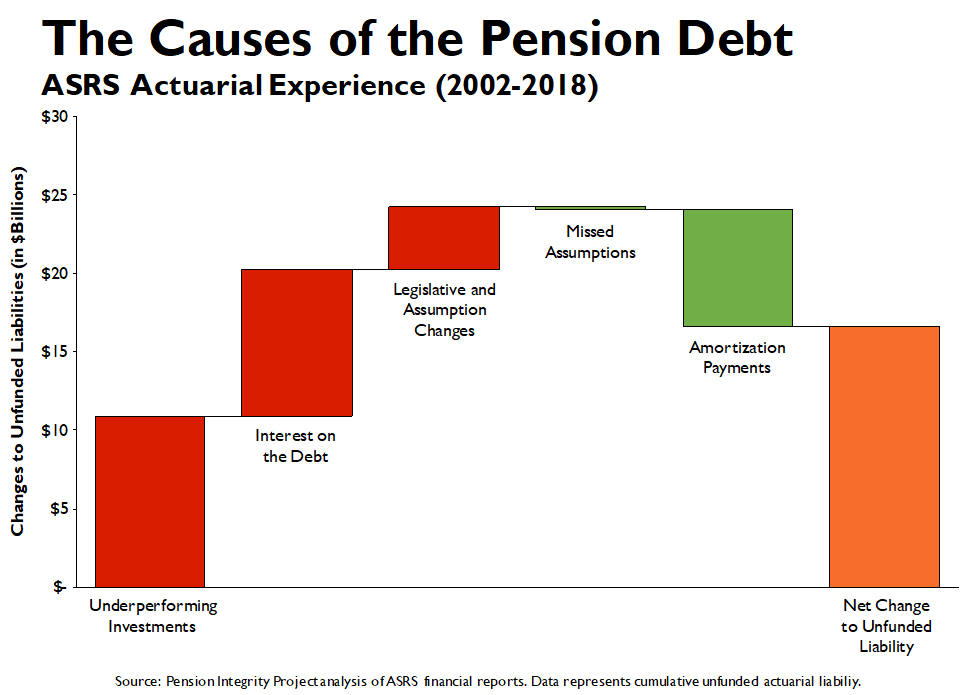 Now, two years after the ASRS board made the decision to drop its assumed rate of return from 8 percent to 7.5 percent, the system is faced with another audit recommendation to further lower its investment return outlook. This lowered outlook, while necessary for the long-term health of the plan, would not be easy for the board to sell to its employers. When the assumed rate of return is lowered, contributions to the pension fund must increase to make up for the long-term returns previously expected. In ASRS’ case, the actuarially determined employer contribution (ADEC) has grown 42 percent in the last 10 years alone. But if the assumed rate of return is not lowered and the plan fails to hit its investment targets, as Segal predicts, then ASRS’ unfunded liabilities would continue to grow and the system won’t have the money needed to pay for the pension benefits that have been promised to workers.