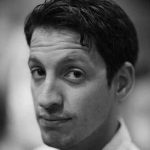 Zach Weissmueller is a senior producer at Reason. He has produced documentary shorts, video interviews, and feature articles for the platform since 2010. Some of his particular areas of interest include the regulation of the internet and emerging technology, free speech, medical freedom, sentencing reform, and the drug war.

Judges honored Zach's video series "Anarchy in Detroit" with an L.A. Press Club award and called it "an awesome piece of journalism" and awarded him in 2019 for his documentary short on the mental health system. His work covering Hong Kong's mass movement against creeping authoritarianism has been cited in national media.

He lives and works in Los Angeles.