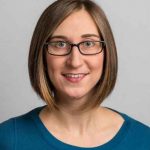 Stephanie Slade is managing editor at Reason, the libertarian magazine of "free minds and free markets."

Prior to joining Reason, Slade worked as a speechwriter, a pollster, and a regular contributor to U.S. News and World Report. In 2013, she was named a finalist for the Bastiat Prize for Journalism. In 2016–2017, she was selected as a Robert Novak Journalism Fellow. She's a proud graduate of the University of Florida, where she earned a B.A. in economics. She also has an M.A. from American University.

Reason.com and Reason TV together draw over 4 million visits per month and have been named among the nation's best political sites by Playboy, Washingtonian, National Journal, and others.