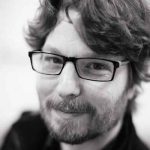 Meredith Bragg is the Director of Special Projects at Reason TV. Prior to joining Reason, Bragg worked at C-SPAN, The Washington Post, and ABC News. As a freelancer, Meredith has produced projects for Turner Broadcasting, Visa, AT&T, Smithsonian Magazine, The Corning Museum of Glass, Atlas Obscura, and Warner Brothers Television.

Bragg won a documentary award from George Lucas, was a National Magazine Award finalist in 2010, won Best Film at the 2016 Masters of Short Film competition at the Cannes Film Festival, and is the recipient of numerous awards from LA Press Club. Along with his brother, Austin Bragg, he co-wrote and co-directed A Piece of Cake, which premiered at the 2020 Tribeca Film Festival and was nominated for best short film. Their debut feature, Pinball: The Man Who Saved the Game, will premiere this fall.

He lives in Virginia with his wife, two daughters, two cats, and too many guitars.