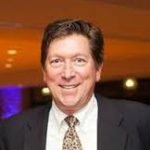 Mark Lisheron was the managing editor of Reason.com.

Lisheron formerly served as deputy editor for Watchdog.org, coordinating coverage for their national bureau as well as more than two dozen state bureaus. Before that, he was an award-winning national reporter and bureau chief for Watchdog's Austin, Texas, bureau, which he founded.

During his more than 25 years working in newspapers, including 10 years with the Austin American-Statesman and 14 years with the Milwaukee Journal Sentinel, Lisheron was nominated three times for the Pulitzer Prize and won several Associated Press and United Press International awards. He was also a longtime senior writer for American Journalism Review, where he analyzed trends in major media.

Lisheron is a graduate of the University of Wisconsin-Madison. He and his wife, Susan, live in Austin.