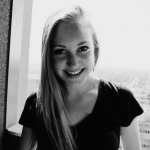 Liz Wolfe is an associate editor at Reason. She was formerly managing editor at The Federalist.

Her work has appeared in Playboy, The Daily Beast, CityLab, Houston Chronicle, New York Post, and National Review. She has appeared on The New York Times' podcast, The Argument, and on various TV and radio shows around the country.

She lives in Austin, Texas, and Brooklyn, New York.