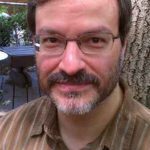 Jacob Sullum is a senior editor at Reason magazine and Reason.com and a nationally syndicated columnist.

Sullum is the author of two critically acclaimed books: Saying Yes: In Defense of Drug Use (Tarcher/Penguin, 2004) and For Your Own Good: The Anti-Smoking Crusade and the Tyranny of Public Health (Free Press, 1998).

Sullum's weekly column, distributed by Creators Syndicate, is carried by newspapers across the U.S., including the New York Post and the Chicago Sun-Times. His work also has appeared in The Wall Street Journal, USA Today, The New York Times, the Los Angeles Times, the San Francisco Chronicle, Cigar Aficionado, National Review, and many other publications.

Saying Yes has been praised by both sides of the political spectrum. National Review called it "a highly effective debunking," and Mother Jones described it as "a healthy dose of sober talk in a debate dominated by yelping dopes."

For Your Own Good also was widely praised by reviewers, who called it "compelling" (The Wall Street Journal), "meticulously logical" (The New York Times), and a "cogent and thorough...must-read" (The Washington Post).

Sullum is a frequent guest on TV and radio networks, including Fox News Channel, CNN and NPR. A fellow of the Knight Center for Specialized Journalism, he has been a featured speaker at the International Conference on Drug Policy Reform and the Conference on Computers, Freedom, and Privacy.

In 1988 Sullum won the Keystone Press Award for investigative reporting, and in 1991 he received First Prize in the Felix Morley Memorial Journalism Competition. In 1998 his Reason cover story about pain treatment was a National Magazine Award finalist in the Public Interest category. In 2004 he received the Thomas S. Szasz Award for Outstanding Contributions to the Cause of Civil Liberties, and in 2005 he received the Drug Policy Alliance's Edward M. Brecher Award for Achievement in the Field of Journalism. His 2007 Reason essay "Thank Deng Xiaoping for Little Girls" won first place for commentary or feature in the Southern California Journalism Awards.

Sullum first joined Reason in 1989 as an assistant editor, later serving as associate editor and managing editor. He also has worked as the articles editor of National Review and as a reporter for the News and Courier/Evening Post in Charleston, South Carolina, and The Times Leader in Wilkes-Barre, Pennsylvania.

Sullum is a graduate of Cornell University, where he majored in economics and psychology. He lives in Dallas with his wife and three daughters.