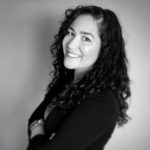 Britt Paul is the director of donor engagement at Reason Foundation.

Prior to joining Reason, she worked as a Manager of Donor Relations at the State Policy Network. Before that, Britt was on staff at the Commonwealth Foundation and The LIBRE Initiative.

She is a member of the Board of Directors for the Commonwealth Foundation and the Instituto de Libertad Económica para Puerto Rico, and the Hispanic Leadership Fund.

With a passion for communicating the benefits of economic liberty, Britt has published pieces in The Guardian, NBC Latino, Al Día, and more. She was recognized as one of City & State PA’s 40 Under 40 Rising Stars, Think Freely Media’s 2015 Great Communicator of the Year, and the National Association of Latino Fraternal Organizations’ 2013 Rising Professional.

Originally from Pennsylvania, Britt has a BA from The George Washington University in Middle East Studies and a Certificate in Nonprofit Management from the University of Texas.