Recent wide-spread legalization of medical marijuana and, in many U.S. states, of recreational use of marijuana also, demands that officials must forge a just, coherent and effective law enforcement and legal response to marijuana-impaired driving. More and more states are legalizing marijuana for medical and recreational use, which demands policies toward marijuana-impaired driving that protect public safety without penalizing legal marijuana users who are sober at the time they drive.

Marijuana—or its more technical name, cannabis—and its effects are still quite literally under the microscope. Cannabis containing high levels of THC is typically used recreationally, but may also have therapeutic applications. Because it is the psychoactive component in cannabis, THC is the cannabinoid that impairs driving, and is therefore the focus of this study. This analysis examines the evidence on marijuana-impaired driving and lays the groundwork for a regulatory approach that is scientifically grounded, safety- minded and fair.

In the past 10 years, the prevalence of alcohol use by drivers has fallen in the U.S., and use of marijuana has increased dramatically. Alcohol’s composition and effects on drivers have been thoroughly studied over the years and are well understood. It’s tempting to use a similar approach to that used for alcohol—the only other legal intoxicant—and to build policies around per se standards. But since cannabis body fluid levels don’t parallel impairment, that’s not a fair gauge of impairment as it is with alcohol. Indeed, it’s possible for some cannabis users to register above per se levels when completely sober. It’s also tempting to use the easy idea of zero tolerance, but that’s not fair to sober drivers who still have measurable cannabis in their systems.

The only fair solution is for police to assess drivers for impairment as we now do for low- blood-alcohol-content impaired drivers and drug-impaired drivers, and to conduct toxicology screens to corroborate that cannabis is present, rather than measuring irrelevant levels in body fluids. Fortunately, screenings are less expensive, quicker and easier to do than measuring body fluid levels. It’s concerning that this means impairment will be assessed entirely by police officers, but that is the most just option currently available. To address this concern, police should use dash- and bodycams to document impairing behavior—such as driving behavior leading to the traffic stop and impairing behavior on field sobriety tests—when possible.

This approach suggests that police departments should prioritize their funding toward training DRE-qualified and/or ARIDE-qualified officers, as well as purchasing dash- and bodycams. States should also prioritize funding toward toxicology labs to prevent current backlogs, to ensure the speedy trials guaranteed by the U.S. Constitution.

This evidence-of-impairment-based approach leads to these recommendations: 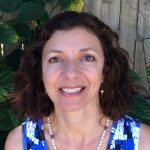