In September 2015 the Washington Supreme Court dealt a major blow to charter schools in the state when it ruled that charter schools are unconstitutional. However, the Washington Supreme Court announced last month that it would hear a challenge to the constitutionality of charters in 2018 following changes made by the state legislator to fix how charters are funded.

Charter opponents bringing the new challenge lost their case in February at the Superior Court, which ruled that charters are in fact accountable to voters. They have since appealed the ruling.

The controversy stems from a 2012 law approved by voters to allow public funds to go to public charter schools. That law was quickly challenged in the state Supreme Court and struck down in 2015 on the grounds that charters are governed by appointed, rather than elected, school boards making them not “common schools” and thus ineligible to receive public tax dollars in the court’s ruling.

However, six months later, charter school supporters found renewed hope in changes made by the state legislature, which changed the law so charter schools would be funded through state lottery money instead of money from the general fund. The lower court agreed with this reasoning, ruling the funding change made charter schools constitutional.

At the moment, 43 states and the District of Columbia allow charter schools to operating. Washington state has approximately 2,500 students attending 10 different charter schools this year. The students continued enrollment in public charter schools will be contingent upon what happens in the courts. 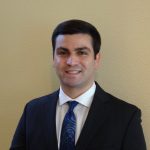