A recent trend in public education spending is positive for educators: revenues are on the rise as states such as Texas, Arizona and West Virginia inject new money into school districts. While many schools will receive additional resources as a result, they won’t necessarily get the things they need most.

A common myth is that principals are like CEOs of their schools, with authority to make key decisions and strategically deploy resources. The reality, though, is quite different. Principals typically are treated like middle managers, with little control over the $694 billion in annual U.S. public education spending. Instead, decisions often are made by legislators and district-level bureaucrats, who are far removed from students and classrooms.

This is problematic, in part, because research suggests that limiting school-level control over budget decisions creates inefficiencies. Studies show providing principals with flexibility can better align spending with school priorities. After all, principals typically know what’s best for their students, and effective leaders have been shown to have a substantial effect on student learning.

To understand how principals are left out of budget decisions, you need to take a look under the hood of how most school finance systems operate. It’s no secret that federal education funding is mired with problems and badly needs an overhaul, but state and local dollars actually comprise about 92 percent of all education spending. As a result, state legislators and district officials have substantial control over how education dollars are allocated and who gets to have a say over spending decisions.

At the state level, school finance formulas determine how dollars are allocated to districts, virtually all of which contain allotments that are restricted for specific purposes. While this approach is supposed to ensure that funds are put to good use, these requirements often tie the hands of district officials. For example, Arkansas has a pot of funds dedicated to professional development, despite the fact that researchshows it has little or no connection to improved student outcomes.

Even worse, North Carolina’s school finance system has 37 separate allotments, many of which come with strings attached and must be used on specific programs, such as summer reading camps and driver training. The system is so convoluted that school districts spent $1.5 million over a five-year period on consultants just to make sense of it.

But perhaps the biggest impediment to giving school principals more autonomy are school districts, where most spending decisions are made by central offices. Instead of giving principals actual dollars to spend, most districts allocate staffing positions and other resources based on one-size-fits-all models. For example, a district might dole out one teacher for every 25 students, an assistant principal for every 250 students, and a social worker for every 500 students. Collective bargaining agreements can exacerbate these requirements such as in the Los Angeles Unified School District, where its latest contract with United Teachers of Los Angeles now requires a nurse in every school and a librarian in every high school.

But shouldn’t every principal want, say, an assistant principal and librarian? Absent spending constraints these things might be desirable, but schools don’t have unlimited resources and tradeoffs must be made over how their scarce education dollars are spent. As such, the critical question then is who gets to make these tradeoffs, principals or district officials? Individual schools might have more urgent needs. A school might need extra reading teachers or new computers more than it needs an additional counselor. Mandates and staffing ratios that are seemingly beneficial often prevent principals from addressing their school’s priorities and stifle innovative solutions.

Both state and district policymakers have a role to play in fixing this problem. Legislators should revamp funding formulas so that education dollars arrive at districts without burdensome requirements. One model of reform to look toward is California’s Local Control Funding Formula. In 2013, the Golden State eliminated more than 50 categorical grants and moved these dollars into a student-based formula that gives school districts greater discretion over the money. Early research has given the reform high marks, indicating that districts are taking advantage of their increased flexibility, with 82 percent of superintendents surveyedagreeing that it better aligns goals, strategies and resource allocation decisions.

But this is only half the battle. District officials need to do their part, too, by pushing control over dollars down to the school level, as some are starting to do. Major districts in urban cities, including Boston, Denver and Indianapolis, are adopting weighted-student funding systems that allocate education dollars directly to schools based on student needs. Houston Independent School District was the first to do so and research shows the policy has given principals more say in spending decisions. One principal stated: “The decentralized funding system allows me the autonomy to make decisions that are best for my students.”

Unfortunately, many districts are reluctant to disrupt the status quo and the political challenges sometimes are insurmountable. This is why state legislators should explore innovative solutions that send education dollars directly to principals, just as most states already do with many charter schools. One possibility is to create Principal Empowerment Accounts, in which principals receive a per-pupil funding allotment directly from the state over which they have full autonomy.

In fact, there’s already a model for this: Florida, Arizona, Tennessee and others have Education Savings Account programs that give parents a debit card to use on education-related expenses such as private school tuition and tutoring. A similar program for public school principals, even if it’s just a portion of education revenue, would ensure that more dollars are used productively to meet students’ needs.

It’s time for state legislators and school district officials to recognize that principals know what’s best for students by giving them greater autonomy over spending decisions. With education spending on the rise, now is a great time to do so.

This column first appeared in The Hill. 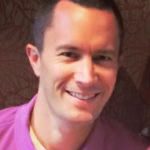