School districts across the country are being infiltrated by bureaucrats. This isn’t good news for teachers and taxpayers.

According to National Center for Education Statistics data, total per pupil expenditures in constant 2013-14 dollars have increased significantly over the past several decades. Between 1969-70 and 2011-12 this figure increased by about 131%. 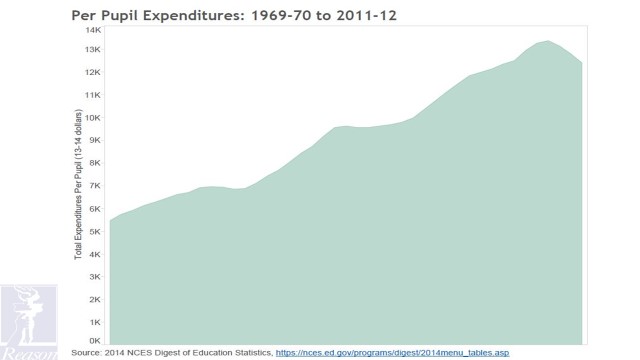 How are these additional funds being spent? Much of the increase can be attributed to personnel costs. While the average teacher salary has gone up over time and the student-to-teacher ratio has gone down (i.e. more teachers relative to student enrollment) this is only part of the story.

Tax dollars spent on district-level administration has increased markedly. As with teachers, the student-to-administrator ratio has decreased substantially (i.e. more administrators relative to student enrollment). Perhaps more telling, however, is the allocation of staffing positions. 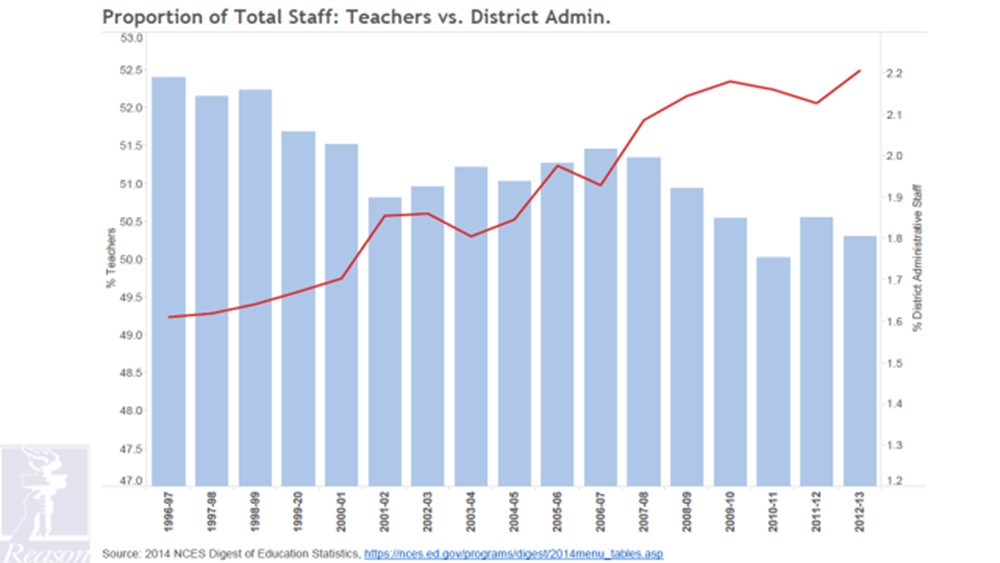 The trend is clear: school districts are increasingly hiring bureaucrats who have little impact on student learning. Quite often, these officials come with hefty price tags. In Texas, for example, the superintendent of Tatum ISD makes $233,180 when district enrollment is only 1,716 students.

Unquestionably, public education funds could be allocated more efficiently. Trimming the fat from administrative bloat would be a good start.