Good news from California…the “Protect Our Homes Act” has qualified for the November ballot. It’s basically a “Kelo-Plus” measure that aims to restrict the use of eminent domain for economic development purposes, as well as provide compensation for regulatory takings, similar to Oregon’s Measure 37:

An initiative that would ban government seizure of land to facilitate private developments has qualified for California’s November ballot, the secretary of state’s office said Tuesday. Supporters of the “Protect Our Homes Act” collected about 1 million signatures, many more than the 600,000 valid signatures needed to qualify. It is one of many initiatives appearing on ballots across the country in response to the U.S. Supreme Court’s ruling last year upholding a Connecticut town’s right use eminent domain to seize private land to develop a hotel, condominiums and commercial space. The California measure would require governments to occupy seized property themselves or contract out for public use. It also could increase how much governments must pay for seized property. Critics say the California initiative is grossly misleading because in addition to the eminent domain provisions it would gut government’s ability to regulate land use and urban growth. In particular, the measure contains controversial language that would require governments to compensate landowners if new regulations not directly related to public safety hurt a property’s value — unless the property is exempted from the new restrictions. Cities, redevelopment agencies, urban planners and environmental, school and public safety groups say they will vigorously fight the measure. 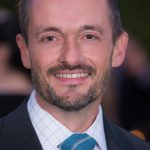