A recent national survey of 510 parents of school-age children conducted by EdChoice and Morning Consult found a majority of parents in the United States have a more favorable view of homeschooling as a result of their experiences during the coronavirus pandemic and shutdown of most schools.

The EdChoice-Morning Consult survey adheres to traditional polling standards, but it did not delve into the next level of questions that might give us more information about how many families actually intend to switch to homeschooling when schools are allowed to open after the pandemic. To attempt to address this question, I conducted a limited and non-representative survey of 1,330 families by leveraging my social media accounts and the Reason Foundation website.

In the survey, I asked parents where they sent their youngest school-aged child before the COVID-19 lockdown and where they plan to send that same child after the lockdown.

Of course, the results should be considered with substantial caution, as the respondents are not representative of all families and would likely be much more predisposed to switch to homeschooling or alternative education options than the general population. With that in mind, the results could tilt toward the upper bound of estimates of the actual changes that the education system could undergo in the next couple of years.

As shown in Figure 1, the results indicate that 23 percent of families who had children attending traditional public schools say they currently plan to send their children to another type of school when the lockdowns are over. Notably, 15 percent of respondents said they would choose to homeschool their children when schools reopen.

That would be a drastic change.  Around 50 million children were in traditional public schools before the lockdown, so a 15 percent transfer to homeschooling would increase the homeschooling population by about 7.5 million students, which would nearly quintuple the current number of homeschoolers. 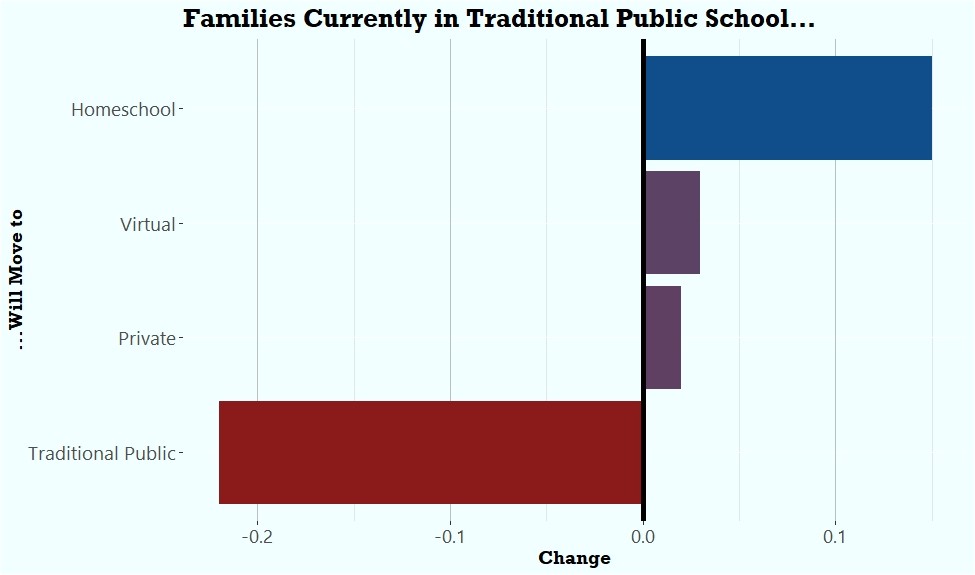 The results for private schools and charter schools are similar.

As shown in Figure 2, the results indicate that 28 percent of families who had children attending private schools before the coronavirus say they plan to send their children to another type of school after the lockdown— with 16 percent saying they would choose to homeschool their children after the COVID-19 school closures are over. 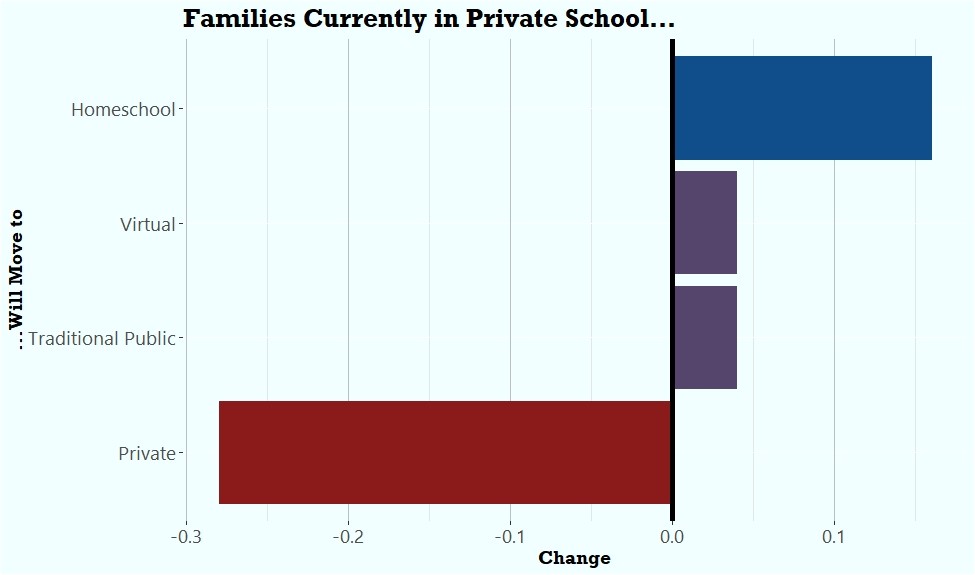 As shown in Figure 3, the results indicate that 22 percent of families who had children attending charter schools plan to send their children to another type of school after the COVID-19 school closures. Notably, 13 percent said they would choose to homeschool their children when schools re-open. 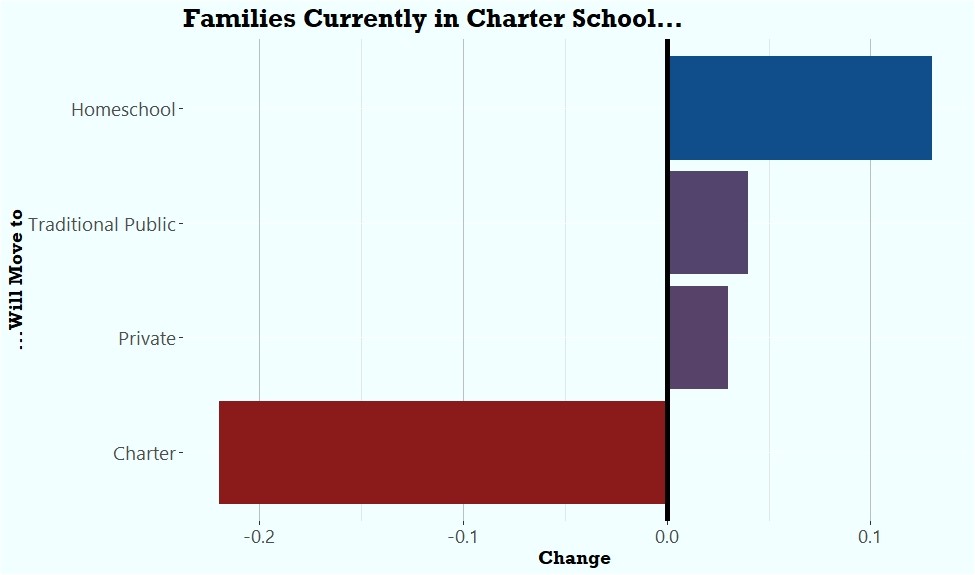 Again, this survey is not representative of all families. But it does give us some preliminary information about a small slice of the population and how they are feeling as they try to homeschool their kids or get their children set up with their schools’ online learning systems during the pandemic. It also provides us with some initial survey results on the proportion of families who could consider switching to homeschooling when schools re-open. Even if the true shift to homeschooling ends up being only one-tenth of the size reported in this survey that would still be a huge increase in the U.S. homeschooling population in overall terms.

I am eagerly looking forward to more evidence on this same question, particularly from a large survey with a nationally representative sample of parents. With the nation’s schools closed, some families who would’ve never tried homeschooling may be learning that it is a viable, attractive option that best suits their children’s needs, which could cause massive changes to the U.S. education system. But with the pandemic, economy, school budgets, and family budgets all creating uncertainty for families and schools, we’re still far from knowing what may happen to the education system in the near future.