A growing number of school districts around the country are adopting student-based budgeting (SBB), an education finance reform that enhances student-level funding equity and allows dollars to follow students to the school of their choice. Twenty-one school districts currently practice some form of SBB. Although they vary significantly in implementation and funding priorities, each district applying SBB compiles a certain amount of its state and local funds into a single, unrestricted funding stream that follows individual students to attend a public school of their choice. “Weights” are also applied to allocate more dollars to students based on certain characteristics (i.e., low-income, disabled, English language learning, etc.).

Up until this point, districts using SBB have had to keep federal funds separate from state and local funds because federal dollars come with various restrictions that govern how they can and can’t be spent. Now, a new pilot program announced in February under the Every Student Succeeds Act would allow up to 50 school districts to incorporate federal funds into a single, streamlined student-based budgeting formula. While the pilot program’s announcement came with high hopes from school choice advocates and education reformers, the program rollout has been disappointing and failed to garner much interest.

A major advantage of SBB is that it curtails arbitrary, inequitable spending practices while also giving schools flexibility with how they use resources. By giving schools unrestricted funds simply based on their enrollment, with more dollars following disadvantaged students, SBB-practicing districts grant principals the freedom to make tradeoffs with their budgets and to respond to individual student needs. Districts like the Recovery School District in New Orleans have 100 percent of their funds in the formula, while others like Prince George’s County Schools have 23.5 percent of their funds in the formula. Either case represents a significant shift from how most schools are funded since the typical district gives principals autonomy over less than five percent of the money.

Reason Foundation’s research suggests that greater autonomy is correlated with improved student outcomes. These results are in line with what SBB proponents expect since the benefits of autonomy and flexibility become more limited as more dollars are kept out of the formula. This means the requirement that federal dollars be kept separate from unrestricted allocations can contravene the entire purpose of student-based budgeting. Thus, the federal pilot should be a welcome experiment. But after two rounds of applications in March and June, the Department of Education (DOE) only received six applications and approved only one of them (and one—from Arizona’s Roosevelt District #66—is still pending).

So, what went wrong? One of the most obvious problems was an unwillingness on the part of the DOE to relinquish control over the money. The entire purpose of the program is to increase flexibility and autonomy, yet the SBB legislation requires districts to assure they will continue to “meet the purposes of each federal program supported by the funds” and provide descriptions of how these purposes are met. Other provisions demand extensive expenditure reporting, as well as a demonstration that the state and local funds not included in the SBB formula do not undermine the formula itself. Altogether, these requirements would be too onerous for most districts to adopt.

More generally, the statutory language mandates that “substantially more” funds be spent on English language learners (ELL) and low-income students. Beyond the ambiguity of how much more is “substantially more,” mandating specific types of weights restricts flexibility. Indianapolis Public Schools (IPS), for instance, lost points on its application because the district did not include a weight for ELL students. SBB requires there to be trust in local decision-makers—the ones closest to the students. Penalizing local administrators at IPS for deeming it unnecessary to include a certain weight reflects a lack of trust on the part of the DOE. Additionally, section G of the law allows a peer-review process when reviewing applications. But some applying districts later reported that their applications were only evaluated by DOE staff, not peers. This prevented applications from being reviewed by districts that have some experience implementing SBB.

Overregulation runs counter to the purpose of running a student-based budget pilot program. The advantage of conducting a pilot program before scaling up is that policymakers can try bold new changes without significant risk. But the DOE was overzealous in its screening. Of the five school districts that applied for the SBB pilot program by the March deadline, only one (Puerto Rico DOE) was accepted. The Wilsona School District (CA), Indianapolis Public Schools, the Salem-Keizer School District (OR), and the Upper Adams School District (PA) were each rejected. Between the four of them, these districts received around $84 million in federal funding in the 2017-2018 school year. That may sound like a lot, but these districts were managing over $926 million in total revenues the same year. Even under a worst-case scenario, any adverse effects under the pilot program would be constrained by the fact that only 9 percent of the districts’ revenues come from federal sources. That’s not much of a risk, and it begs the question of why DOE administrators are trying to micromanage the program to such an extent.

The limited risk of trying something new is further compounded by what is already known about the ineffectiveness of federal education spending. Abundant evidence shows that Title I funds are often spent ineffectively and inequitably. Likewise, the effectiveness of other types of federal spending on community learning centers and pre-school programs for low-income children is also unsubstantiated. It is curious that federal administrators are so hesitant to allow for local control when they have little to show for their own initiatives.

A key component to increasing funding equity and transparency under SBB is to charge schools based on the actual salaries of their staff, not the average salaries. This ensures that schools with less-experienced, lower-paid teachers (which tend to be lower-income) don’t end up subsidizing other schools in their district with higher-paid teachers. One strength of the WSF pilot legislation is that it recognizes how charging schools based on average salaries can exacerbate spending inequities. However, mandating that participating districts immediately begin budgeting based on actual salaries, as the legislation does, presents a major obstacle for districts that wish to apply because they have little control over whether they budget based on actual salaries in the short run. These budgeting practices are determined by union-negotiated contracts, a political dynamic which makes quickly transitioning into charging based on actual salaries impossible.

Federal aid for K-12 education has been around for more than half a century. School districts have developed systems of managing that aid. Absent the proper administrative support or any guarantee that the new system under the pilot would be permanent, both things the program lacked, districts had little incentive to overhaul their existing frameworks.

While SBB doesn’t allow education dollars to follow students to private schools or to schools outside of the district, it does lay the groundwork for enhanced school choice since it establishes a uniform dollar amount that directly follows students to different public schools within a district. Districts with significant per-pupil funding disparities between schools run into problems when students transfer between them, a circumstance SBB mitigates by establishing a uniform allocation. Funding private and alternative school choice programs further down the road would then become easier because the district knows exactly how much it allocates each student based on their needs.

Although the federal SBB pilot program was touted as a win for school choice advocates, districts that applied for the program have expressed little interest in the program’s usefulness for school choice (Puerto Rico being a possible exception). They are more attracted to SBB because it increases equity and optimizes resource allocation. And while these are advantages of the policy, SBB works best when students have an array of different school options to choose from. This boosts innovation and encourages schools to improve through competition.

The federal government’s role in K-12 education reform is widely scrutinized. Proponents of school choice are often reluctant to welcome increased federal involvement in expanding choice because of the restrictions that come along with it, a fear that is corroborated in this case. On the other hand, supporters of traditional public schools want even more funding for students and schools that are falling behind. Either way, freeing up federal funds so that they can be channeled with other funding streams directly towards the highest-need students should be a top priority.

Unfortunately, the student-based budgeting pilot failed to draw much interest from school districts. While overly rigid implementation played a part in setting the program back, a true revamp would require fundamentally adjusting the statute that authorized the program. Unless the law is altered to address concerns about overregulation and unrealistic demands, the Department of Education is unlikely to see an increase in applications next year. 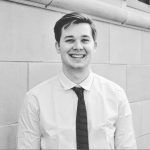