On Nov. 8, e-cigarette giant Juul announced it would no longer be selling its popular mint flavor pods. This was not the first time that Juul had voluntarily taken flavors off of the market, but it was a bad decision driven by a government-led panic over vaping.

In October, Juul suspended in-store sales of its fruit-flavored pods, such as mango, fruit punch, and cucumber, in response to pressure from the Food and Drug Administration (FDA), which claimed that fruit flavors were attracting teens to vaping.

According to a recent study, mint is now the most popular flavor among 10th and 12th graders and accounts for 70 percent of Juul’s total sales. Just as discontinuing fruit flavors pushed users to mint, the discontinuation of the mint flavor, undertaken in the wake of continuing pressure on Juul from the FDA, is likely to drive teens to try the remaining flavors. They may substitute their mint pods with tobacco pods, menthol pods, or, worryingly, may even switch to traditional cigarettes.

As Thomas Ylioja, a tobacco cessation doctor at Denver’s National Jewish Health Hospital, noted, “Rather than giving up when they [teens] can’t get their particular flavor, they’re switching to a flavor that is more available.”

Juul and the entire vaping industry have been under increasing pressure due to the recent series of vaping-related illnesses and deaths in the United States. However, the Centers for Disease Control and Prevention (CDC) recently announced that its research into the causes of the illnesses experienced a “breakthrough”— finding that Vitamin E acetate was in all 29 lung injury cases the CDC sampled and calling it “a very strong culprit of concern.”

Vitamin E acetate is not an ingredient found in any Juul pods. Instead, this compound is most prominently used as a “thickener” in black market vaping cartridges.

Thus, making it more difficult for users to buy Juul, or the other legal e-cigarette products they prefer, may only make public health matters worse by pushing people to black market products. Because Juul is currently sold legally, consumers are able to know the contents of its vaping solutions—they are listed right on the package. Users of legal Juul don’t have to worry about Vitamin E acetate adulteration.

In contrast, buyers of the black market vaping cartridges don’t know what they’re getting. Black market suppliers obviously do not have to report the true contents of their products and don’t face any of the legal obligations or reputational pressures legal e-cigarette companies face. It is unsurprising that a majority of vaping-related lung injuries have been due to people in places where marijuana is illegal seeking out black market THC cartridges. In purchasing these products illicitly, consumers have no way of knowing whether their vaping solutions contain the culpable Vitamin E acetate.

Juul’s decision and the government-pushed e-cigarette bans could also ultimately harm smokers, many of whom use Juul as a pathway towards quitting smoking. A study published in the Harm Reduction Journal concludes that “restricting access to non-tobacco e-cigarette flavors may discourage smokers from attempting to switch to e-cigarettes.”

With the CDC estimating that over 480,000 people die from smoking and 41,000 people die from conditions related to second-hand smoke each year, discouraging smokers from using a cessation method that clinical trials show is over 81 percent more successful than nicotine-replacement therapy in getting people to quit cigarettes could have drastic public health consequences that are far worse than any of the potential harms of using Juul.

This recent decision by Juul, catalyzed by misguided political pressure from misinformed politicians and public health officials, is ill-conceived and potentially dangerous. Ending the sale of mint Juul pods will likely have a minuscule effect on reducing teen use and may very well only exacerbate lung injuries by pushing users to purchase more dangerous, unverified substances on the black market. The restrictions could also likely lead to more cigarette smoking among all ages. If unfounded decisions persist in this market, many of the public health achievements from e-cigarettes might go up in smoke. 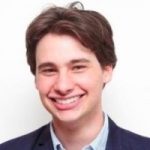 Robert Capodilupo is a policy contributor to Reason Foundation.