Fed Chairman Bernanke told the National Association for Business Economics conference this week that the labor market was still in “deep” trouble and so we should expect ZIRP (zero interest rate policy) to continue for the next several years.

His comments stand in sharp contrast with the hyper-campaign-mode-minded Obama administration, which insists its policies since taking over are the reason why employment is improving. Ignore the data in these charts hidden behind the curtain though: White House unemployment projection and unemployment rate including labor market non-participants and dissatisfied part-time workers.

Putting the politics aside, what Bernanke is essentially saying is that he prefers the trade off of propping up stock prices versus encouraging savings.

He prefers low rates that enable federal borrowing to be more manageable in excess versus allowing housing prices to fall to their natural bottom and homeowner debt deleveraging to pick up steam.

Just like his comments on the gold standard last week, he has it all backwards. The Wall Street Journal notes:

Mr. Bernanke argued, seemed likely to require “more-rapid expansion of production and demand from consumers and businesses, a process that can be supported by continued accommodative policies,”

The idea is that if consumers can borrow at low rates they can consume more. But since savings rates are next to nothing, ZIRP actually is dragging the consumer’s preferred preference of develeraging. So we don’t see housing hold debt declining very far nor is consumption carrying the economy forward.

The idea is that if businesses can borrow at low rates they will invest in their operations, hiring new workers with the cheaper cost of money. But since fiscal policy is threatening substantial regulatory and tax changes, and ZIRP itself creates inflation concerns, most new business activity gets sidelined in the uncertainty.

The idea is that with ZIRP, we can get positive inflation pressures that help stave off deflation. But deflation is often a good thing. Would you rather the price of iPhones go up or down?

Finally, even if low-interest rates were the answer to jump starting the economy, they ignore that labor market problems go much deeper than the 2008-09 recession or the financial crisis. We have structural changes in the types of labor demanded in the U.S. that our workers are not well trained to accomplish. This is something that can’t be fixed over night nor can it be addressed by a simple economic growth upswing. 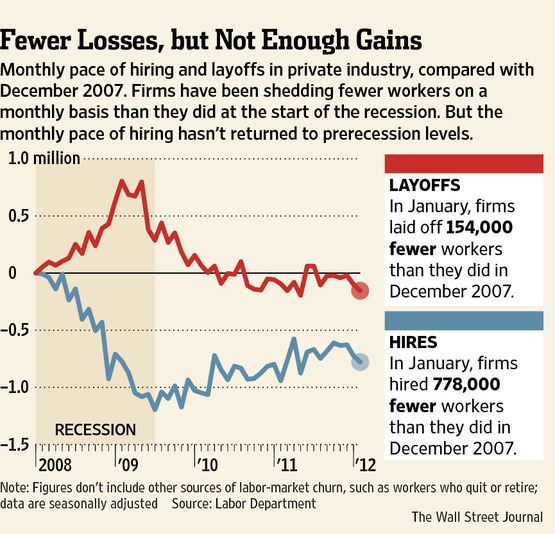