Following up on our article last week on the enactment of Arizona’s groundbreaking public safety pension reform legislation, we’ve posted a new article on the reform focused on the affordability of future pension benefits, the reduced financial risk exposure for taxpayers/employers, and the ending of unfunded post-retirement benefit increases, plus some related FAQs. Here’s an excerpt:

Arizona’s recent project to improve the solvency of its public safety pension plan is a notable fiscal achievement. With the passage of Senate Bill 1428, the state legislature has moved to slash the volatility of new hire contribution rates for local government employers by 50%, while simultaneously reducing the total forecasted accrued liabilities of the pension plan as a whole by more than a third over the next three decades.

The same pension reform effort installs a less expensive, more sustainable new tier of benefits and fixes a structurally unsound system for post-retirement benefit adjustments that was threatening the solvency of the plan.

And perhaps most notably, the pension reform package earned the endorsement of many public safety labor unions statewide because it is also providing secure retirement benefits for current and future employees.

The ideal public sector pension reform always includes reducing taxpayer exposure to risk, ensuring the cost for government employers is affordable and stable, and providing sustainable and secure retirement for current and future employees. But rarely does a pension reform effort accomplish all of these in one multifaceted package, as Arizona has done with the reform to its Public Safety Personnel Retirement System (PSPRS).

The full article is available here.

This article is the second in a series examining various aspects of the Arizona reform. Check back for more in the coming weeks. 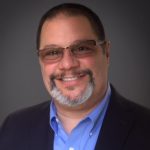