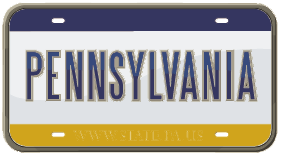 Pennsylvania ranks 39th in the nation in highway performance and cost-effectiveness in the Annual Highway Report by Reason Foundation.