That’s the proposition under debate at Reason’s first West Coast Soho Forum Debate, which takes place at our headquarters on Thursday, November 1.

If you live in the Los Angeles area or are planning to attend our 50th Anniversary celebration, please join us for an evening of spirited conversation, food, drink, and conviviality as legal blogger Ken White of Popehat and historian Thaddeus Russell of Renegade University debate the meaning of free speech and open expression in the internet era. 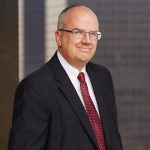 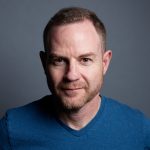 President Donald Trump put social media companies on watch earlier this year, saying, “If you look at what is going on at Twitter, if you look at what is going on in Facebook, they better be careful because you can’t do that to people. You can’t do it.” He was referring to allegations that social media giants are biased against conservative voices, a charge that has led many on the right to argue for federal intervention to ensure that social media is open to all voices.

Twitter and Facebook have argued, however, that as private companies, they are free to set the terms and conditions on usage of their platforms. As a result, they have ‘de-platformed’ accounts belonging to those, such as conspiracy theorist Alex Jones, who have engaged in speech that has been viewed as defamatory or inflammatory. YouTube, which is owned by Google, has banned certain channels and “demonetized” others, meaning that operators can no longer earn advertising revenue for particular videos.

On November 1, please join us as we kick off Reason’s 50th celebration with our inaugural West Coast Soho Forum debate.

Thaddeus Russell from Renegade University will defend the proposition that, “like universities, social media platforms such as Twitter, Facebook, and YouTube should only remove speakers and participants who are making true threats or inciting violence.” Ken White will argue against the proposition.

As an Oxford-style debate, the audience will vote on the proposition ahead of the debate and again afterwards. The winner will be the person who moves more people in their direction.

This event is free of charge to those who RSVP in advance.